Is This the Best Mouse for Programmers?

by Bart Jacobs in Programming

While I don't typically write reviews on Cocoacasts, the Logitech MX Master 3S deserves one as it has been a loyal companion of mine for many years. Like most programmers, I'm picky about the equipment I work with. Ideally, the tools I work with should be invisible, allowing me to focus on getting work done. In this post, I hope I can convince you that the Logitech MX Master 3S is the best mouse for programmers like myself. 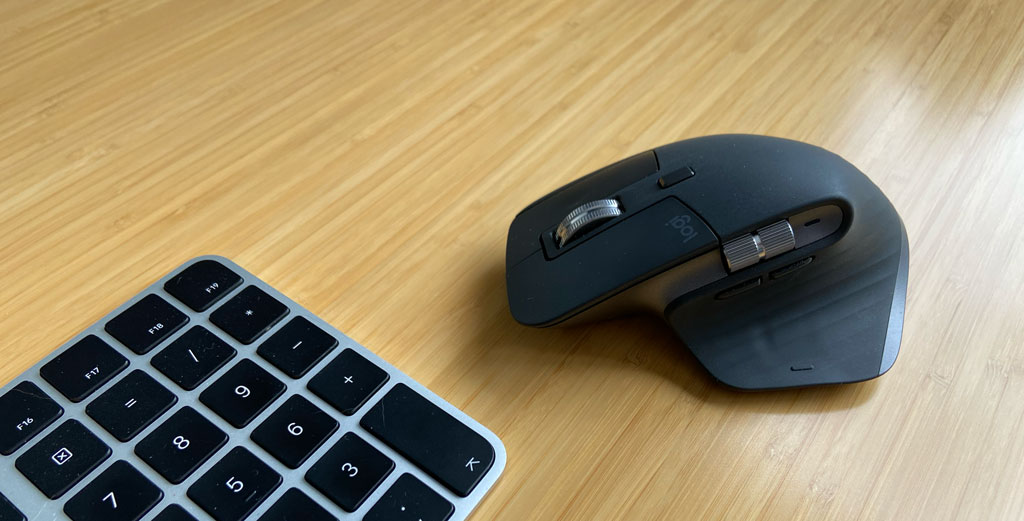 A Bit of History

While I'm certainly not a fan of every product Logitech sells, their mice are arguably one of the best you can buy. More than a decade ago, I bought Logitech's MX Performance. It was a great mouse and I was disappointed when Logitech stopped selling it. I wasn't keen on trying out their MX Master line. To be honest, I purchased a Logitech MX Master, the first generation, and returned it. Retuning products is something I typically only do when the product is broken or damaged on arrival.

The third generation of the Logitech MX Master line is clearly the culmination of years of improvements. Again, I'm not a fan of Logitech, but their mice are outstanding. I have bought several Logitech MX Master 3 mice to make sure I won't have the same problem I had with the MX Performance several years ago.

The Logitech Master MX 3/3S is quite exceptional. It is incredibly precise and has a slew of customization options, more about those later. The build quality of the MX Master line is outstanding. The mouse isn't the lightest in its category, but that is a good thing in my view. It is made from plastic, but it doesn't have a plasticky feel to it. The surface on which your palm rests is made from a special material that isn't slippery and feels nice.

MX Master mice have always had a thumb rest, which is convenient to access the buttons for the thumb and the thumb wheel. The design of the mouse is less important to me, but it is sleek and modern. It also comes in several colors if that is something you want to customize. 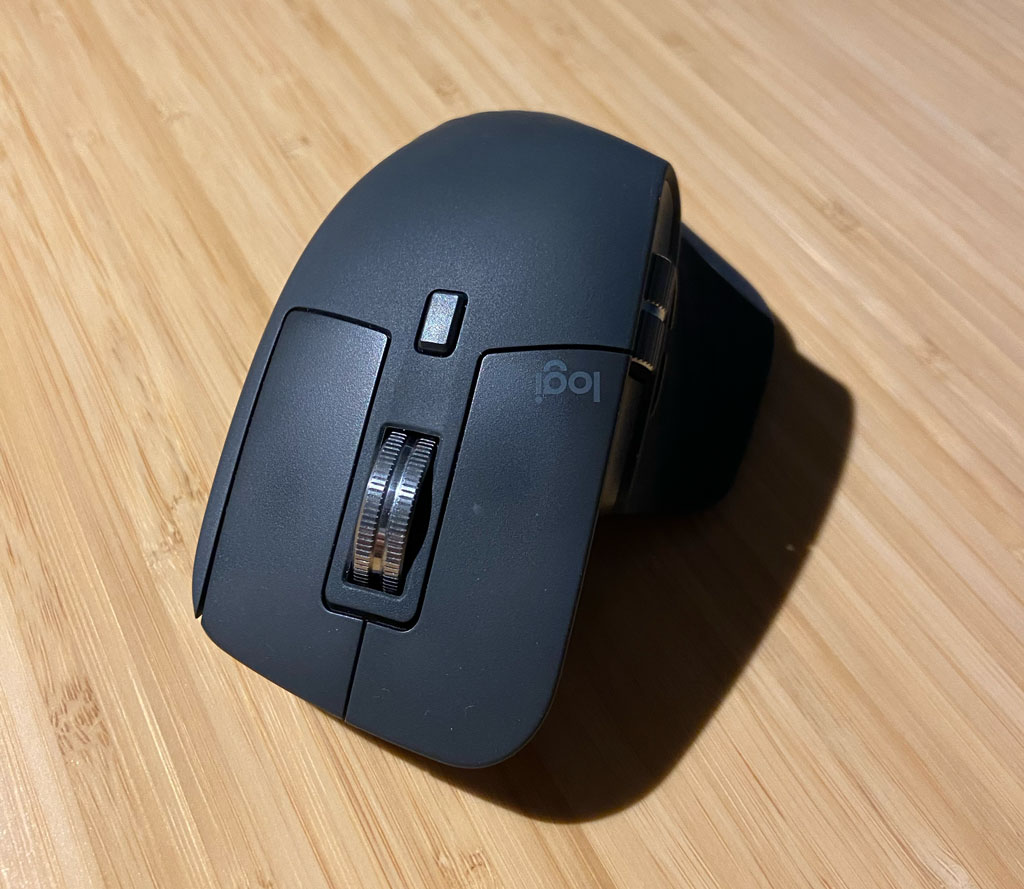 The MX Master line is ergonomic and ideal for people who spend long hours working on the computer, like most programmers do. The mouse is designed to fit comfortably in your hand, reducing the risk of hand and wrist strain. This is something every programmer needs to be mindful of. The thumb rest is also ergonomically designed to reduce the pressure on your thumb, which is especially helpful for people who suffer from conditions like carpal tunnel syndrome.

Like many of Logitech's mice, the MX Master 3/3S come with a tiny USB dongle, the Logi Bolt USB receiver. It works fine, but it is no longer ideal in a time where USB-C is the norm. I'm typing this review on a MacBook Air and it has no USB-A ports. You don't want to use a dongle for a mouse. Right?

The good news is that Logitech has embraced Bluetooth LTE. This isn't new, but their performance mice, like the MX Master line, used to rely solely on a USB receiver. That is no longer true and it's great.

Another wonderful feature is the ability to quickly switch between devices. At the bottom of the MX Master 3/3S, there is a button that allows you to switch between devices with one press of a button. You can connect the mouse to up to three devices and switch between them quickly and easily. I use a desktop for software development and a MacBook Air for writing and tasks that require less computing power. I can use a single mouse without having to move the USB receiver from one device to another. Wonderful! 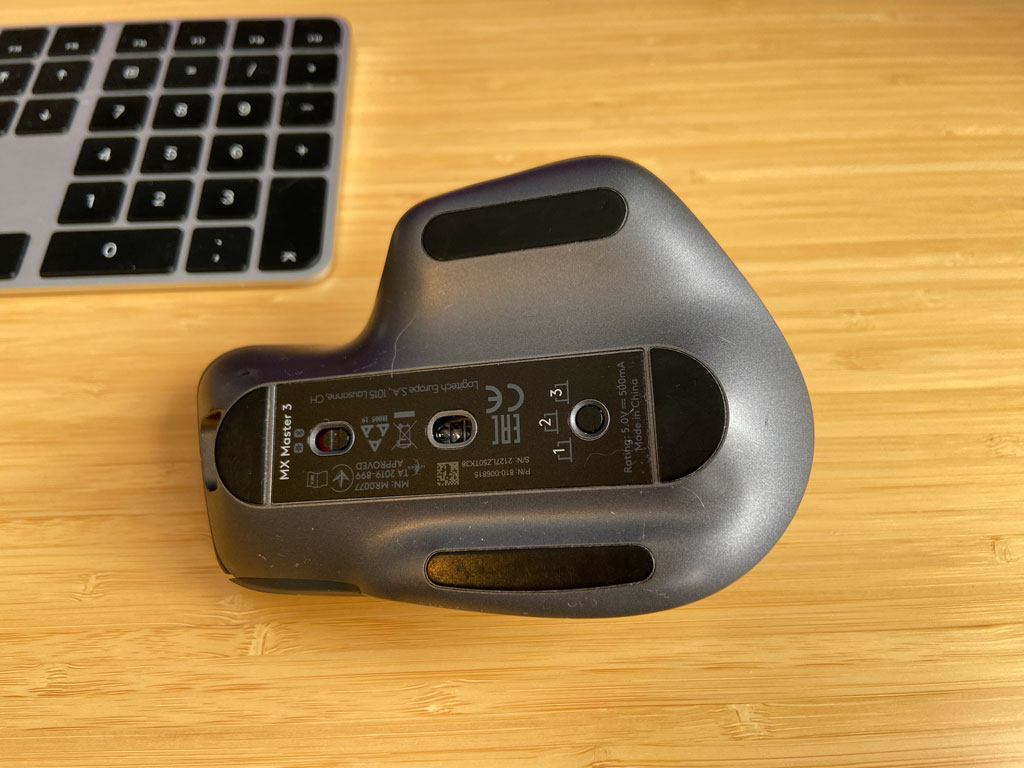 The MX Master 3/3S has six customizable buttons and two wheels that can be programmed. I use these countless times a day. Using SteerMouse (see below), you can even use the buttons in combination with modifier keys, like Command, Option, and Shift. I use the thumb wheel to control the volume of the computer.

The battery isn't easily removable, but that's fine. It lasts for a long time and it can be recharged with a USB-C cable. This means that you can always connect the mouse via a USB-C cable and charge it at the same time.

Logitech claims the mouse can last up to 70 days on a single charge and one minute of charging translates to three hours of use. That's quite impressive. While I haven't run any tests, there is a significant difference between the MX Performance from many years ago and the MX Master line.

One of the key features of the Logitech MX Master 3/3S is the scroll wheel. The vertical scroll wheel uses Logitech's MagSpeed Smartshift technology. Every cool feature needs a cool name I guess. It simply means that you can easily switch between two modes, ratcheted and free-spin.

The beauty is that Logitech's MagSpeed Smartshift adapts itself to your scrolling style, adjusting the mode depending on the speed and force of your scrolling. It allows for a more efficient and comfortable scrolling experience.

The MX Master lineup can be used on Windows, macOS, iPadOS, Chrome OS, and Linux. Logitech also claims that the clicks of the MX Master 3S make up to 90% less noise thanks to their Quiet Click technology.

We haven't talked about tracking, another key feature of a mouse. The MX Master 3S uses an 8,000 DPI optical sensor. This simply means that you can the mouse on almost any surface without experiencing tracking issues. I can safely say that tracking issues are a thing of the past for me.

There is one drawback. The good news is that the drawback isn't really about the mouse, it's Logitech's software. To customize the mouse, you need to install Logitech's software, Logi Options+. While I appreciate the effort, I never liked their software. Truth be told, I haven't used Logi Options+. Previous generations used Logitech Control Center, which was fine but not great.

Don't worry, though. There is an excellent alternative for macOS users, SteerMouse. I have been using it for several years and it works great with the Logitech MX Master line. It's a utility that lives in System Preferences. It lets you customize the behavior of the mouse in every way possible. I won't go into detail in this review, but I strongly recommend SteerMouse if you have a Logitech MX Master 3/3S and use Mac. 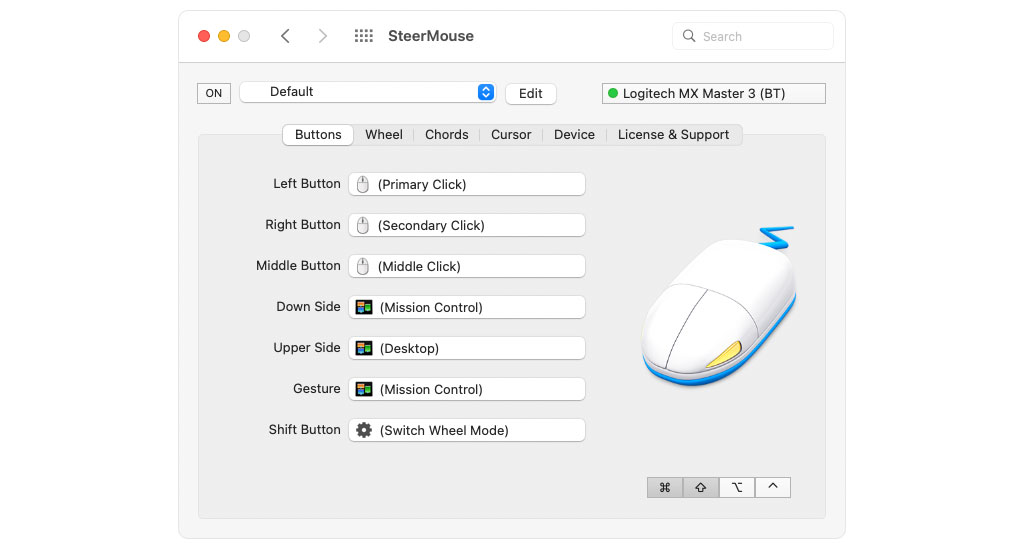 I use a Logitech MX Master 3 and I'm very happy with it. Logitech also sells the MX Master 3S. The latter has an improved optical sensor (8,000 DPI) and sports Logitech's Flow technology to move the cursor across devices allows for copying/pasting files between devices if they're on the same network. The battery life of the MX Master 3S is slightly better and it is more energy efficient.

If I convinced you to consider the Logitech MX Master 3S, then I hope its price won't be a showstopper for you. At the time of writing, it is available on Amazon for a little over $120. The Logitech MX Master 3 is slightly cheaper, but I assume Logitech is phasing that model out. Knowing that I spend well over eight hours a day at my computer, this is a price I'm happy to pay.

Note that the links to Amazon are affiliate links, which means I earn a small commission when you use the link to buy something on Amazon at no extra charge to you. That said, I genuinely believe the Logitech MX Master 3/3S is one of the best mice currently available for programmers like you and me. If you don't believe me, then read the reviews on Amazon.