An application that grows and gains features also gains new requirements. The data model, for example, grows and changes. Core Data handles changes pretty well as long as you play by the rules of the framework.

In this tutorial, we take a look at how Core Data helps us manage changes of the data model and what pitfalls we absolutely need to avoid.

Download or clone the project we created in the previous tutorial and open it in Xcode. Run the application in the simulator or on a physical device to make sure everything is set up correctly.

Open the project's data model by selecting Lists.xcdatamodeld in the Project Navigator. Add an entity to the data model and name it User. Add two attributes to the User entity:

Add a relationship, lists, to the User entity and set its destination to the List entity. In the Data Model Inspector, set Type to To Many. 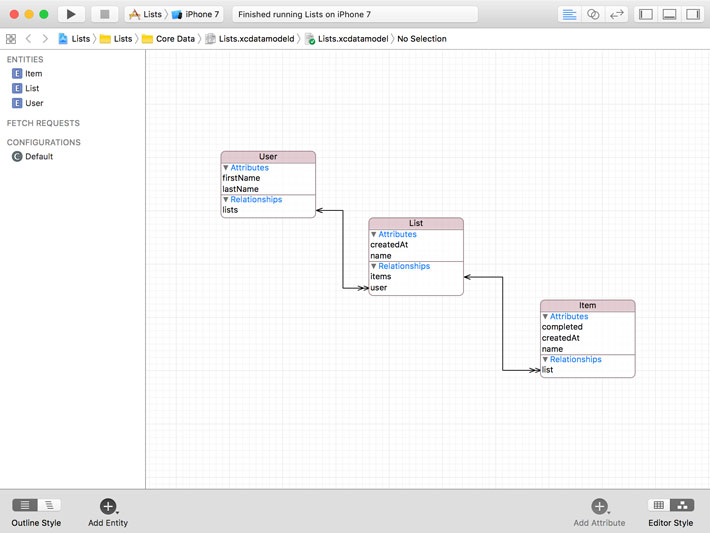 It's time to verify that everything is still working. Run the application in the simulator or on a physical device. Ouch. Did that crash take you by surprise? That's what happens if you mess with the data model without telling Core Data about it.

In this tutorial, we find out what happened, how we can prevent it, and how we can modify the data model without running into a crash.

Finding the Root Cause 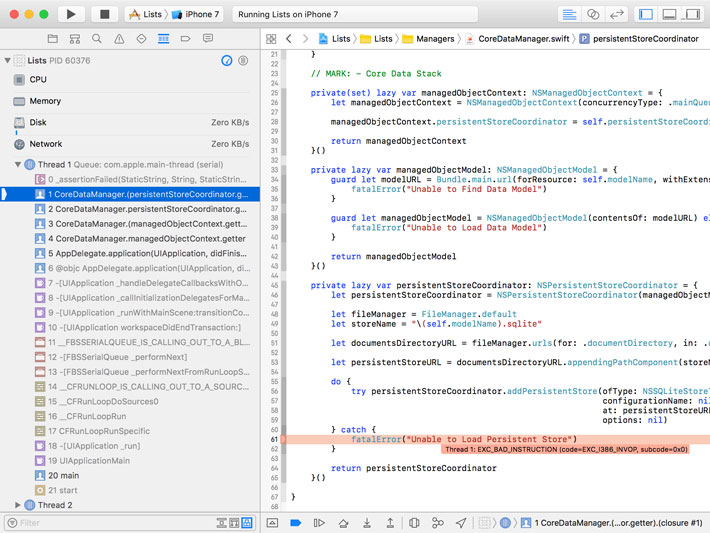 We then modified the data model by creating the User entity and defining several attributes and relationships. With the new data model in place, we ran the application again. And you know what happened next.

The error message in the console indicates that the data model that was used to create the persistent store is not identical to the current data model. As a result, Core Data bails out and throws an error. Read this paragraph again. It is important that you understand the root cause of the problem.

You should never modify a data model without telling Core Data about the changes you made.

Select Lists.xcdatamodeld and remove the User entity and the user relationship of the List entity. Run the application again. Because we reverted the data model to its original state, the application should no longer crash.

It is time to version the data model. With the data model selected, choose Add Model Version... from the Editor menu. Name the version Lists 2 and base the data model version on Lists. It's the only option available. 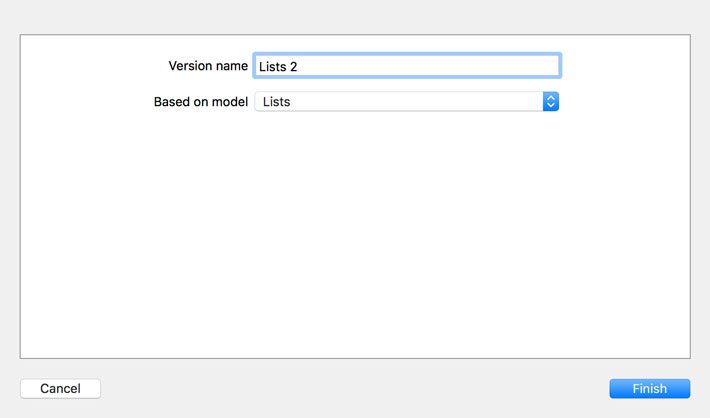 A small triangle has appeared on the left of the data model in the Project Navigator. Click the triangle to show the list of data model versions. 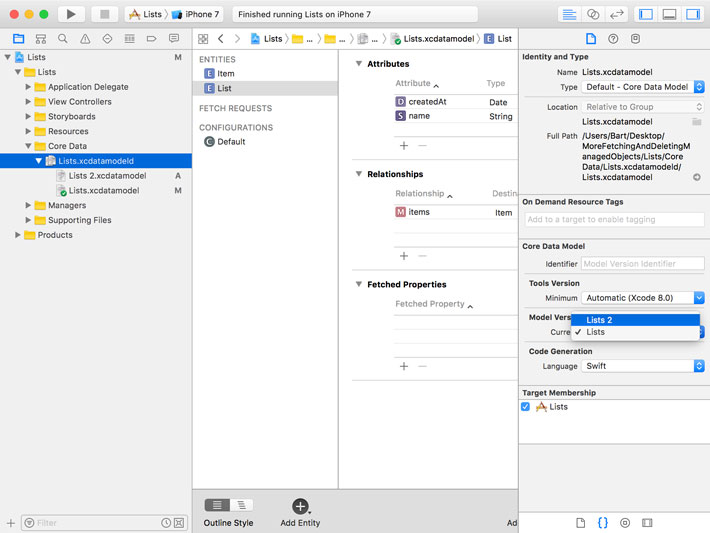 Note that the green checkmark has moved from Lists.xcdatamodel to Lists 2.xcdatamodel. Because we haven't run the application yet, we can still modify the new data model version without running into compatibility issues. Select Lists 2.xcdatamodel and create the User entity we added earlier. Don't forget to also add the user relationship to the List entity. 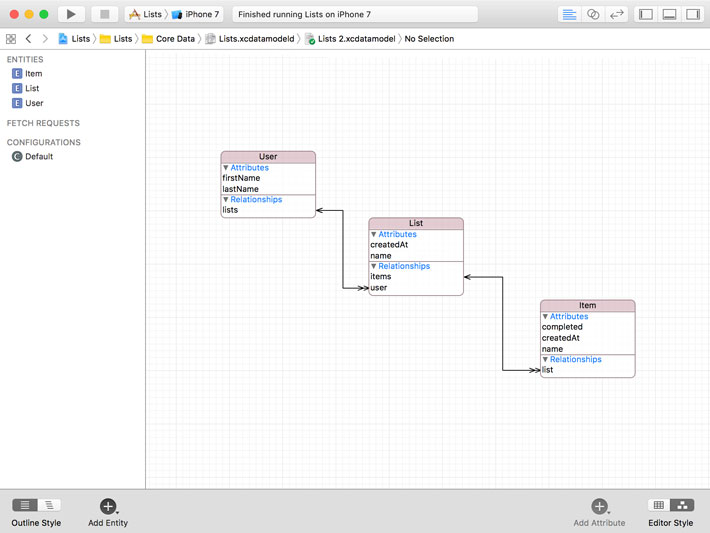 There are two types of migrations:

With this in mind, we can update the implementation of the do clause of the do-catch statement in the CoreDataManager class.

Run the application to see if the solution works. If you don't run into a crash, then Core Data has successfully migrated the persistent store to the new data model version.

Whenever you make a change to a data model, you need to consider the consequences. Lightweight migrations carry little overhead. Heavyweight migrations, however, are a pain. Avoid them whenever possible.

How do you know if a data model change requires a lightweight or a heavyweight migration? You always need to test the migration to be sure. That said, Core Data is pretty clever and is capable of migrating the persistent store most of the times without your help.

Every form of persistence requires planning. I cannot stress enough how important this phase of a project is. If you don't invest time architecting the data model, chances are you run into problems that could have been avoided.

It is fine to make incremental changes to the data model as your application grows, but once your application is in the hands of users you need to make sure they don't lose their data due to a problematic migration. And always test migrations before shipping a new version of your application.

Migrations are an important aspect of Core Data because most applications grow and that often means you need to make changes to the data model. Data model changes and migrations are not hard, but they require attention and testing.