by Bart Jacobs in Storyboards

Looking back, it is crazy that storyboard references made their way into the SDK years after the introduction of storyboards. Apple should have introduced them years ago. But better late than never.

To illustrate how storyboard references work, I suggest we refactor an existing project. A few weeks ago, we created a notes application to explore the ins and outs of the NSFetchedResultsController class. Download the project from GitHub and open it in Xcode.

Build and run the application in the simulator to make sure everything is working. The project contains two storyboards:

Main.storyboard contains the user interface of the application and it is this storyboard we focus on in this tutorial. This is what the storyboard currently looks like: 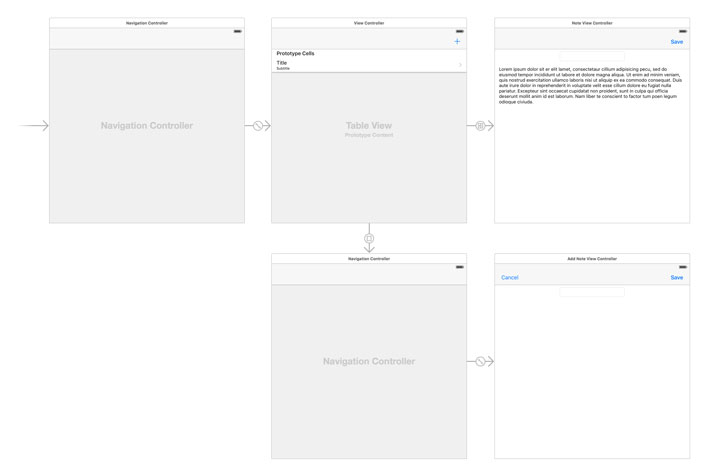 To split an existing storyboard up into smaller pieces, we first need to select the scene (or scenes) that is going to be moved into a new storyboard and replaced with a storyboard reference.

By refactoring the Note View Controller scene to its own storyboard, Xcode does two things for us: 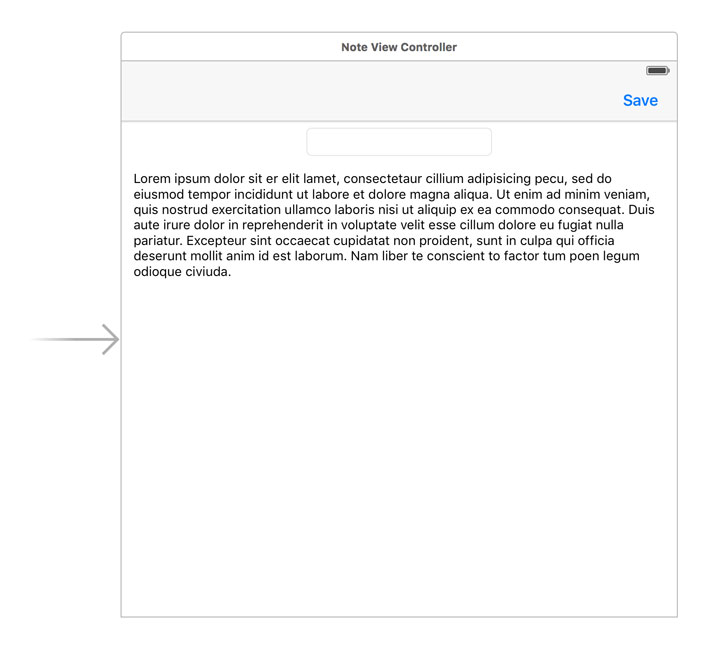 The storyboard reference has three attributes:

The only drawback of storyboard references is their availability. Storyboard references were introduced in iOS 9 and macOS 10.11. This may mean that you won't be able to use them in existing projects. But nothing is stopping you from using them in some of your side projects.