by Bart Jacobs in Fundamentals

It can be challenging or even overwhelming to prepare for a job interview or project meeting. The number of subjects you need to be familiar with as a developer is staggering. Mastering the fundamentals of the platform you're developing software for should always be a key focus area. That is why a significant portion of the content published on Cocoacasts focuses on the fundamentals of Swift and Cocoa development.

What Is a Thread?

Let's start with a basic question many developers don't have a good answer for. What is a thread? I won't go into the low-level details of threads and concurrency. While it's undoubtedly interesting, it's less important to understand the nitty gritty details if you're a Swift or Cocoa developer.

I want to avoid that this episode turns into a theoretical discussion of threading and concurrency. Let's make it more tangible. Launch Xcode and create a new project by choosing the Single View App template from the iOS section. 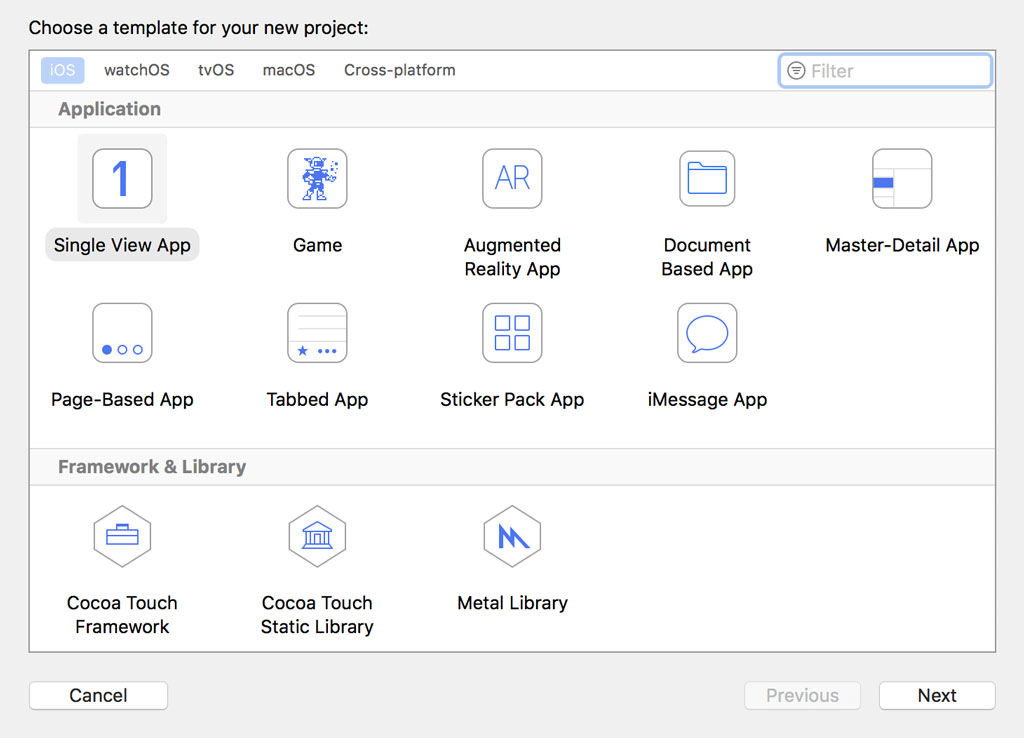 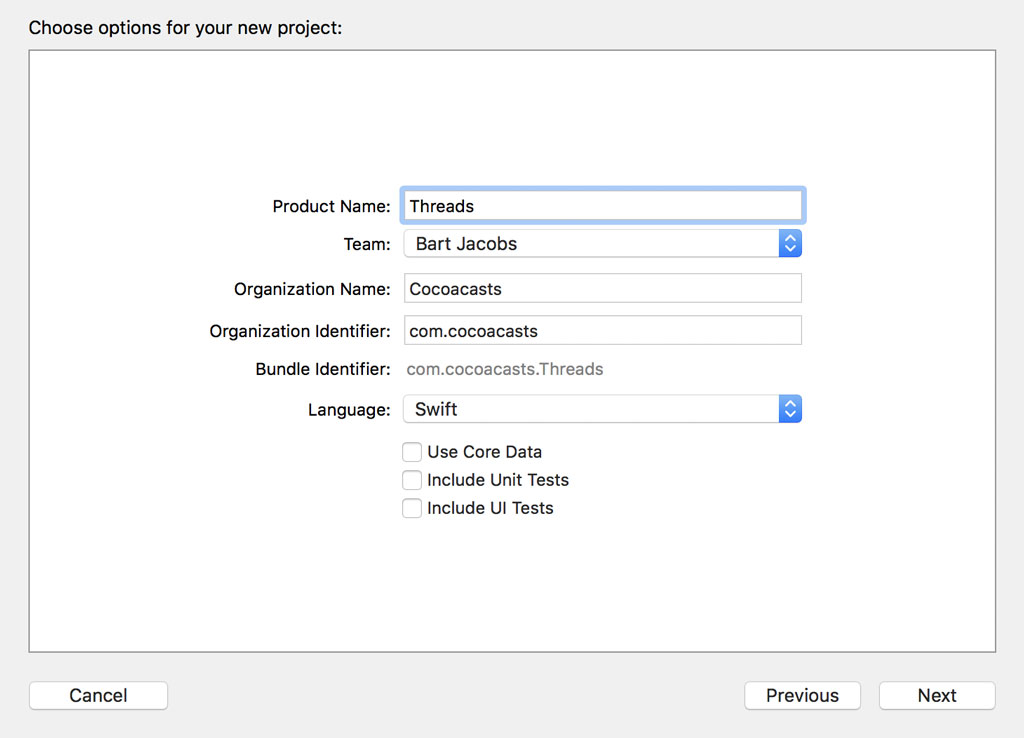 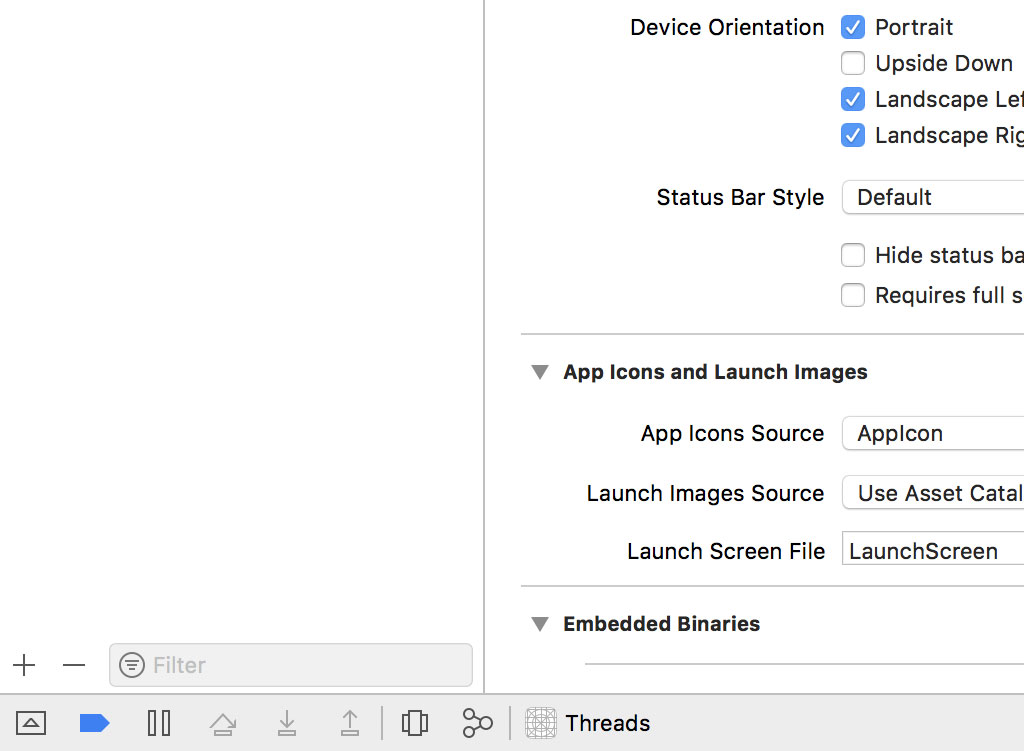 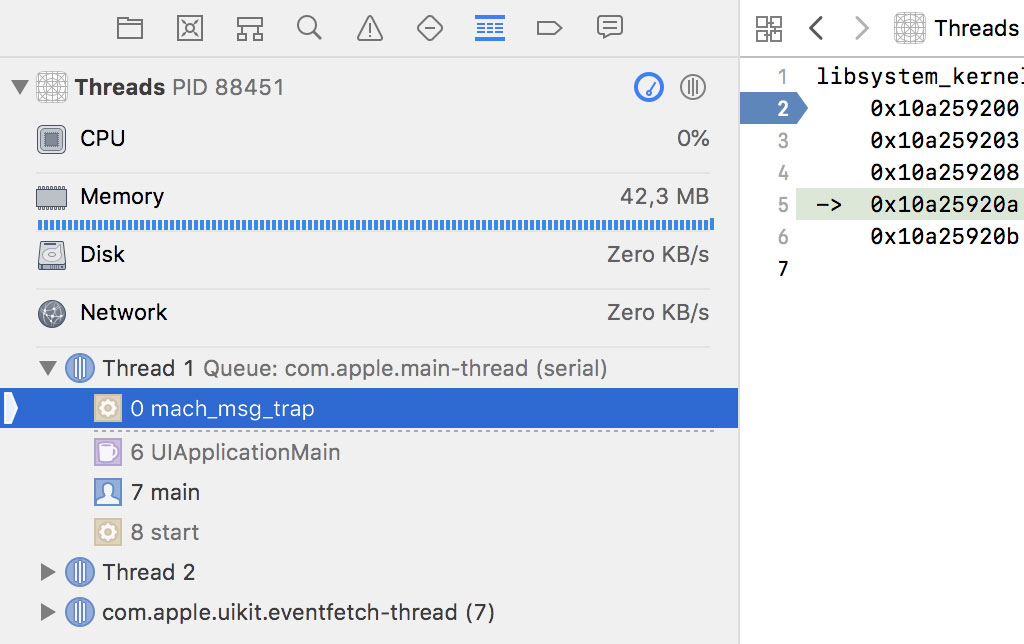 An application isn't functional unless the code we wrote is executed. A thread is nothing more than a context in which commands are executed. It's a line or thread of execution through the application we created. The stack trace of a thread illustrates this. Each frame of the stack trace is a command that is being executed by the thread. You can learn more about threads and stack traces in Debugging Applications With Xcode.

A thread has many more properties, such as a unique identifier, a stack, and a collection of registers. Don't worry about these properties for now. They are not important for the rest of this discussion.

Despite the simplicity of the project, the Debug Navigator shows us that the application uses multiple threads to carry out its tasks. We could say that the application is multithreaded since it uses more than one thread. Multithreading is a pattern to increase the performance of an application. By scheduling work on multiple threads, more work can be performed in parallel. Performing work in parallel is also known as concurrency. Multiple commands are executed in parallel or concurrently.

Multithreading and concurrency have gained in importance over the years because devices have transitioned from having a single processor with a single core to one or more processors with multiple cores. Taking advantage of this power is important, but it's also what makes software development complex and challenging. There are several options to manage that complexity. Grand Central Dispatch is one of them.

As I mentioned earlier, the devices we develop applications for are powered by powerful processors and it’s important to take advantage of that power. An application needs to be performant and responsive. Achieving these goals can be challenging.

What's important to understand is that Grand Central Dispatch operates at the system level, which means that it has an accurate overview of which processes are running, which resources are available, and how to best schedule the work that needs to be done. It's a very powerful solution.

What Is a Queue?

I already mentioned that Grand Central Dispatch manages a collection of dispatch queues. As the name implies, a dispatch queue is a queue onto which work can be scheduled for execution.

Concurrent queues are different in that they sacrifice predictability for performance. The tasks scheduled on a concurrent queue are executed in parallel or concurrently. If you schedule two tasks on a concurrent dispatch queue, then the second task can be scheduled before the first task has finished executing. This means that it's possible for the second task to finish executing before the first one.

Let me illustrate this with a simple example. I've created a simple application that downloads three images and displays each image in an image view. The application displays two buttons. The button on the left is labeled Serial and performs its work on a serial dispatch queue. The button on the right is labeled Concurrent and performs its work on a concurrent dispatch queue.

This isn't true if we schedule the work on a concurrent dispatch queue. In that scenario, the tasks we dispatch to the concurrent queue are executed in parallel. It's possible that the application has finished downloading the image data of the second image before the image data of the first and third image have finished downloading. In that scenario, the second image is displayed before the first image even though the first task was scheduled before the second task.

We manually created a serial and a concurrent dispatch queue in the example. That's fine, but it's more common to ask Grand Central Dispatch for an existing dispatch queue. Every application has access to a main queue and several background queues.

Grand Central Dispatch also manages a number of concurrent queues that perform work on a pool of background threads. These dispatch queues are also known as global queues. Remember that a concurrent queue doesn't care about the order of execution. Performance is key at the cost of predictability.

I hope that this episode has demystified a few more advanced concepts, such as threads, queues, and concurrency. If you take the time to understand what these concepts entail, then it makes working with technologies like Grand Central Dispatch much easier. The next episode zooms in on the main thread. What is it and why is it important?

Next Episode "What Is the Main Thread"