What Version of Swift Am I Using?

Have you ever wondered what version of Swift you are using in the project you're working on? The answer is less straightforward that you might think. This episode of Swift Fundamentals sheds some light on this seemingly simple question.

Fire up Xcode and create a project using the App template from the iOS > Application section. 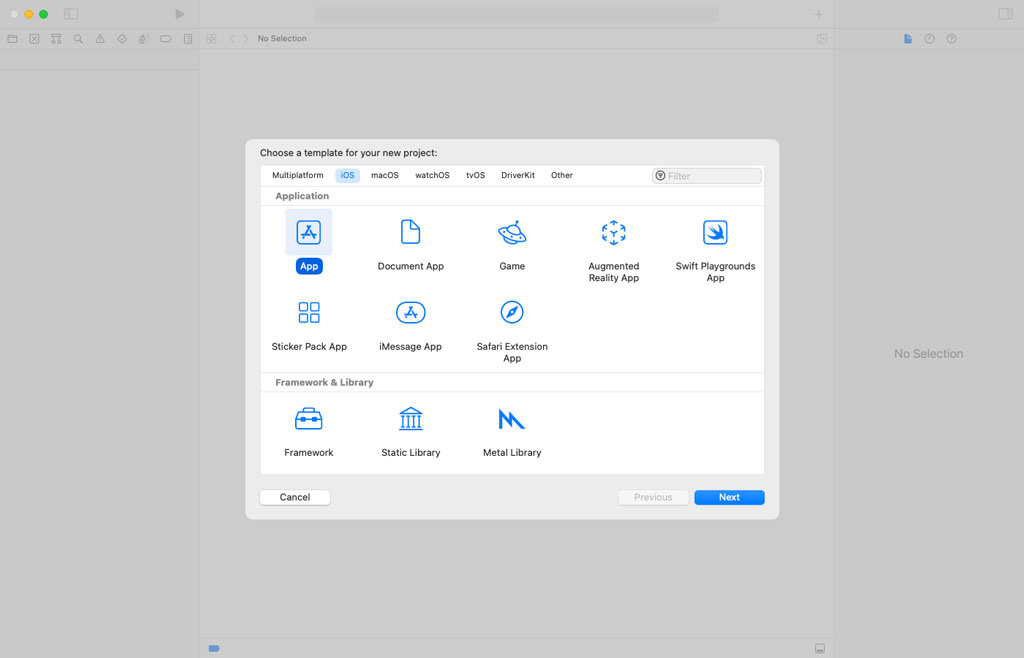 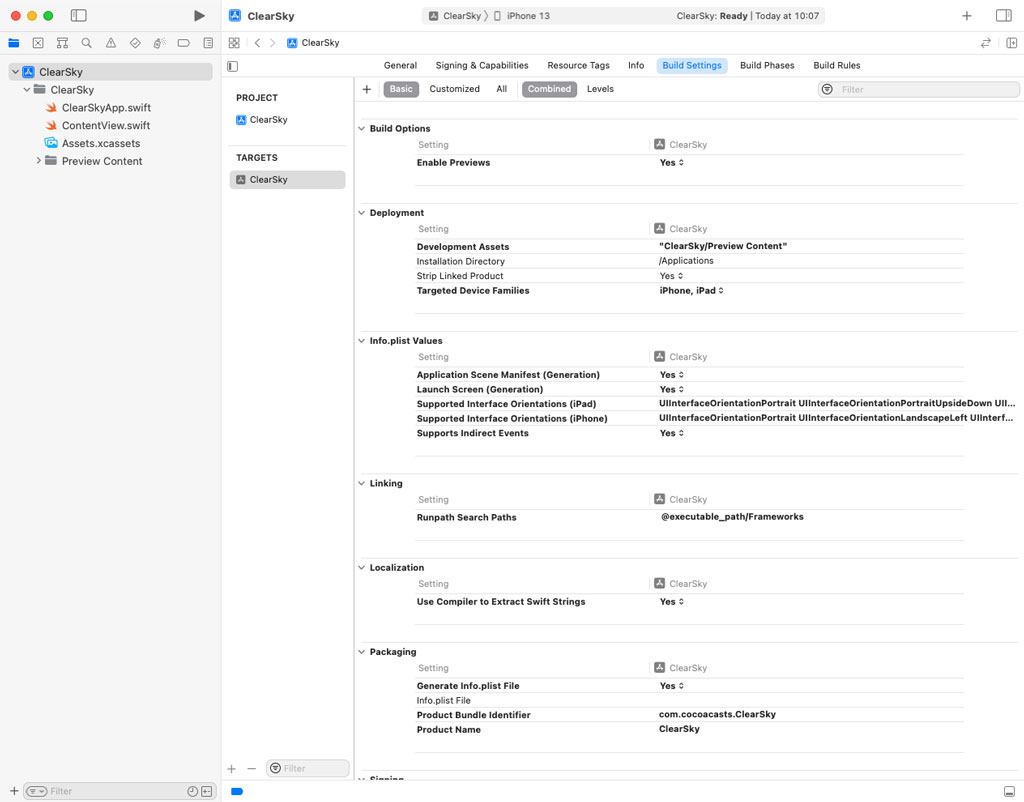 Enter Swift in the search field in the top right. One of the build settings of the target is named Swift Language Version. I'm using Xcode 14 so the Swift version for a new project is Swift 5. 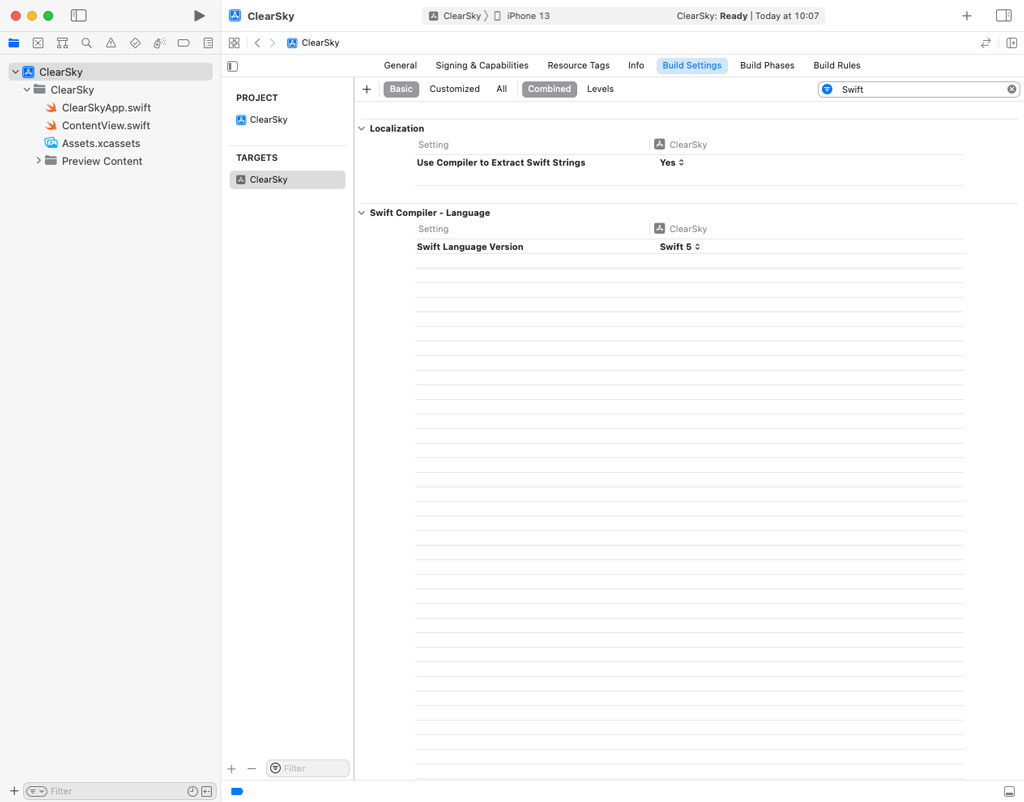 You can switch to a different version of the Swift language using the dropdown menu. Xcode 14 supports Swift 4, 4.2, and 5. 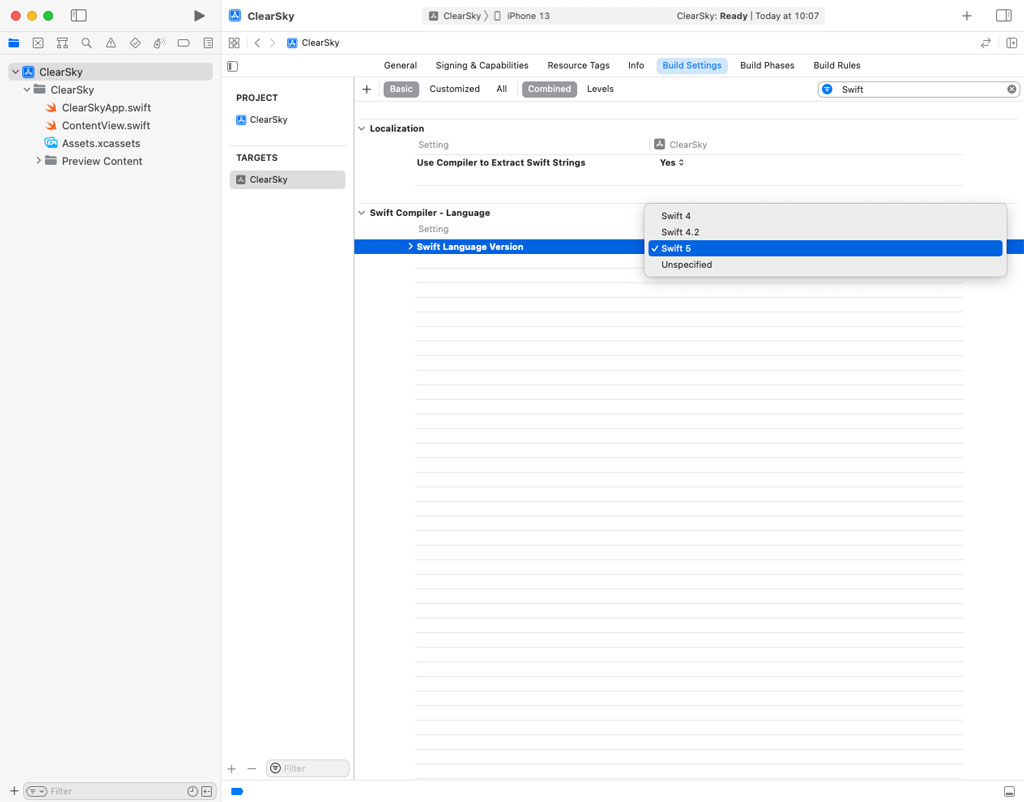 The problem is that Xcode only shows the major version or, in the case of Swift 4.2, the major and the minor version. Let's use the command line to find out what Swift version Xcode ships with. Open a terminal window. We use the xcrun command first. Execute the following command.

Because I'm using Xcode 14, the output of the above command shows that Xcode 14 ships with Swift 5.7.

I usually have multiple versions of Xcode installed. Let's switch to Xcode 13.4.1 using the xcode-select command.

Let's run the xcrun swift --version command one more time to illustrate the difference. Even though both Xcode 13.4.1 and Xcode 14 ship with Swift 5, the versions are different.

This may seem unimportant and it is less of an issue compared to the early days of Swift. It does matter, though. Every Swift release introduces changes, features, and bug fixes.

Let's dig a bit deeper to better understand what happens under the hood. Open a terminal window and execute the following command.

Let's use xcode-select one more time to switch to Xcode 14 and execute the which swift command. The output still points to /usr/bin/swift even though the version changed. How is that possible?

The interactive environment for Swift located at /usr/bin/swift is nothing more than a stub that forwards commands to the active toolchain, Xcode 14 in this example. You can find its location using the xcrun command.

The output shows that it is located deep within the Xcode package.

You can also use Swift to find out what version of the language you're using. Create a playground in Xcode and add the following snippet.

Executing the contents of the playground gives the following output using Xcode 14.

This method is coarse since you can only use the >= and < operators. While I have never had a need for this solution, it can be useful if you're building a library that is used by third parties. It allows you to use features of later Swift versions in your library without breaking it for developers that are using an older version of the language.