It is no secret that I love the Core Data framework. It does what I want it to do, mostly, and it continues to evolve over time. This year, Apple introduced several amazing additions and improvements that everyone working with Core Data is going to appreciate.

But this article is not about these changes. In this article, I would like to explore with you the new Core Data template that ships with Xcode 8. It introduces a new class of the Core Data framework and it also reduces the boilerplate code for setting up Core Data to a handful of lines. Let me show you.

Make sure you have a copy of Xcode 8 installed on your machine. Select New > Project... from Xcode's File menu and choose the Single View Application template from the iOS > Application section. 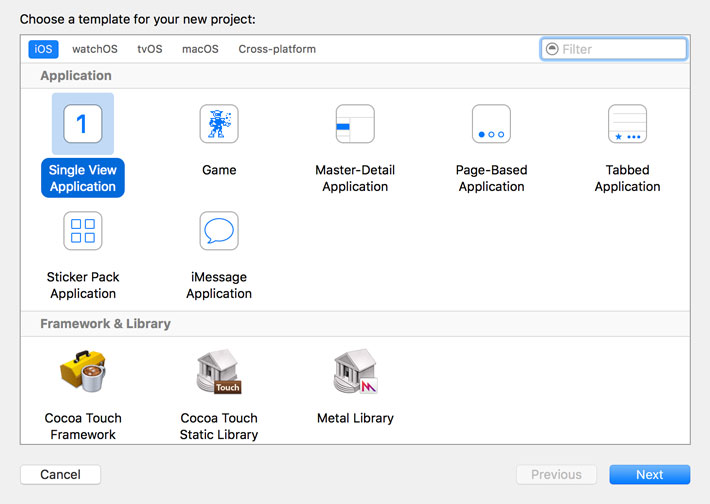 Give the project a name, set Language to Swift, and don't forget to check Use Core Data at the bottom of the form. That is what we are here for. 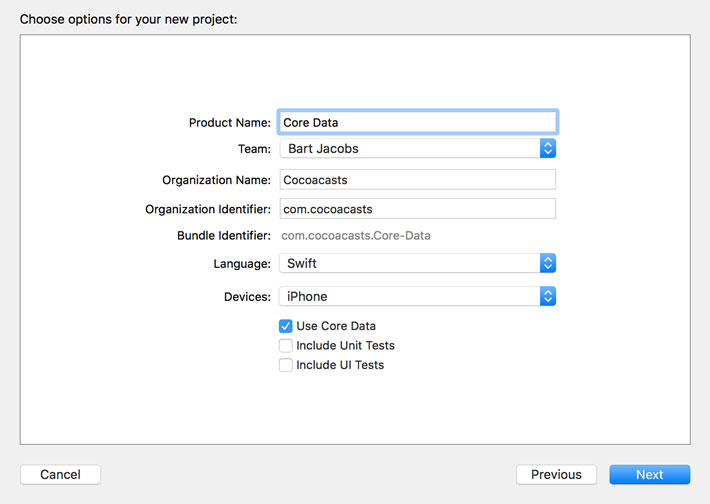 At first glance, very little seems to have changed compared to previous versions of the Xcode template. Xcode has created a data model file for us, Core_Data.xcdatamodeld, and provided us with a Core Data stack in the application delegate. 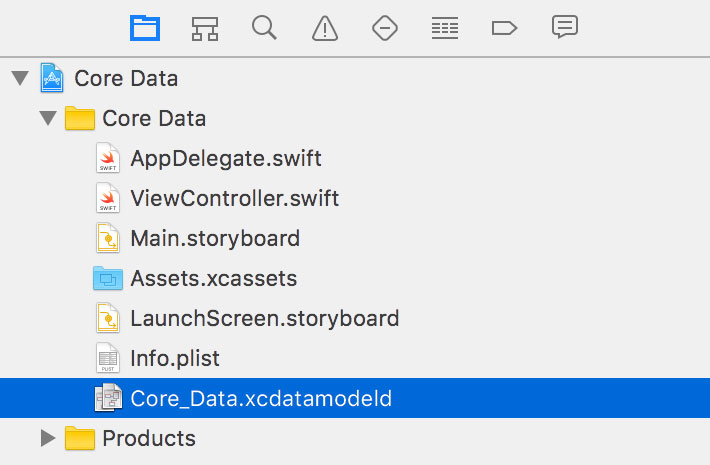 Let us explore what the Core Data stack setup looks like. Open AppDelegate.swift and take a moment to explore the contents of the AppDelegate class.

Most of what you see in the AppDelegate class are comments. Setting up the Core Data stack is reduced to less than a dozen lines of code, which is a fraction of what it used to take to set up a Core Data stack.

We have a helper method to save the managed object context, saveContext(), and a lazy variable property, persistentContainer of type NSPersistentContainer. This is what the lazy property looks like. I have omitted the comments for clarity.

What Is a Persistent Container?

The NSPersistentContainer class encapsulates the Core Data stack and it is available from iOS 10, tvOS 10, macOS 10.12, and watchOS 3. It makes setting up a Core Data stack easier than ever, providing developers with a simple setup with quite a bit of flexibility.

After creating an instance of the NSPersistentContainer class, you can easily access the managed object model and the persistent store coordinator through the managedObjectModel and persistentStoreCoordinator properties.

The class also provides easy access to a viewContext property, an instance of the NSManagedObjectContext class that operates on the main queue. As the name of the property implies, this managed object context is designed to be used in combination with the application's user interface.

There are several other neat features that I discuss later this week, such as the ability to create background managed object contexts and specifying the directory in which the persistent store lives by subclassing the NSPersistentContainer class.

Should You Use a Persistent Container?

Should you use the NSPersistentContainer class? If the deployment target of your project is iOS 10, tvOS 10, macOS 10.12, or watchOS 3, then that is certainly miles better than using the outdated Core Data stack Xcode used to ship with. Setting up the Core Data stack is much simpler and, more importantly, it is no longer tied to the application delegate.

I love the path Apple is taking. The company introduced a number of amazing new features during this year's WWDC, which I plan to cover in the next few weeks.

Questions? Leave them in the comments or reach out to me on Twitter.