How to Unit Test Private Methods in Swift

Unit testing a Swift project is quite different from unit testing a project written in Objective-C. For those that are used to the flexibility of the Objective-C runtime, it may feel as if your hands are tied behind your back.

While access control is a very welcome addition with many benefits, it can complicate unit testing, especially if you are new to unit testing. You probably know that you can apply the testable attribute to an import statement in a test target to gain access to entities that are declared as internal.

While this is a convenient addition, it doesn't give you access to private entities in a test target. This brings us to the question of the day. How do you unit test private entities?

The short answer to this question is simple. You cannot access private entities from another module and this also applies to test targets. Plain and simple. That is what access control is for.

But that is not the answer to the question. If you ask how to unit test private entities, then you are asking the wrong question. But why is that?

None of Your Business

Why do you declare an entity private? What is your motivation for doing so? Take a look at the following example.

By unit testing the public interface of the AccountViewViewModel struct we automatically or implicitly unit test the private interface of the struct. You have the task to make sure the public interface is thoroughly tested. This means that you need to make sure every code path of the AccountViewViewModel struct is covered by unit tests. In other words, the suite of unit tests should result in complete code coverage. That includes public, internal, and private entities.

If we enable code coverage in Xcode and we run the unit tests of the AccountViewViewModel struct, we can see that some code paths are not executed. 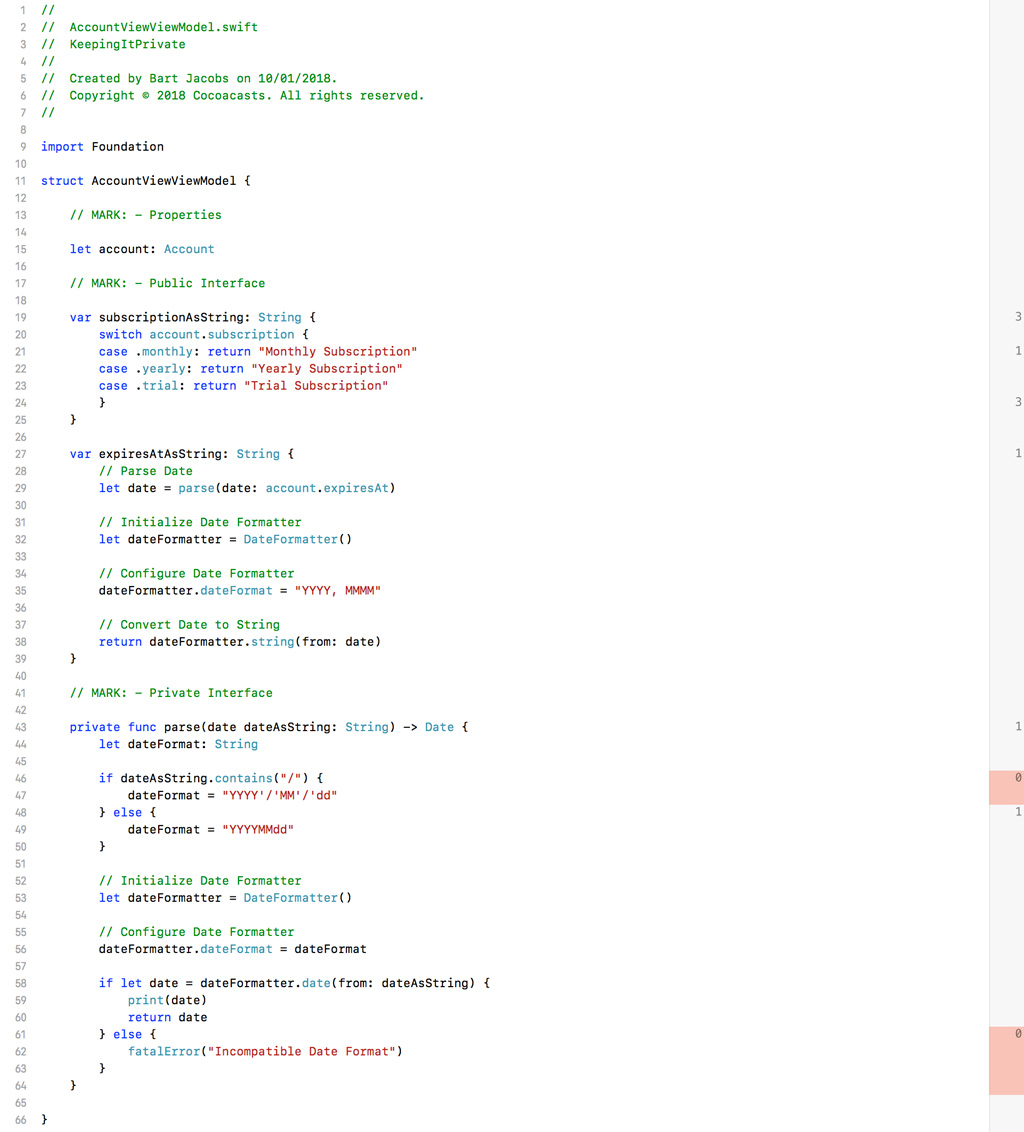 This tells us that the unit tests are incomplete. We can ignore the code path for the fatal error. I never unit test code paths that result in a fatal error, but that largely depends on how you use fatal errors in your projects.

We can increase code coverage for the AccountViewViewModel struct by adding one more unit test. 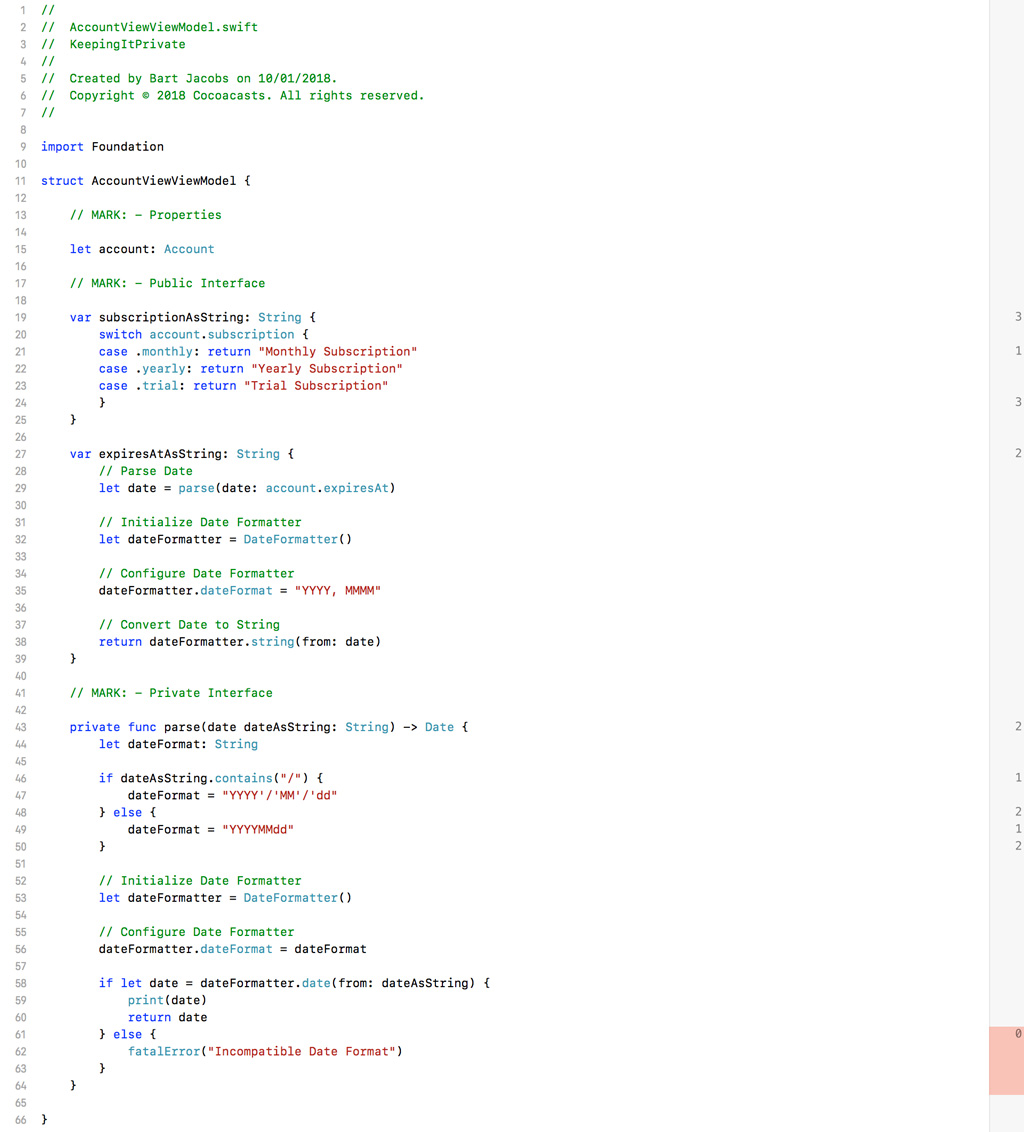 The key takeaway of this article is that private entities don't need to be unit tested. Unit testing is a form of black-box testing. This means that we don't test the implementation of the AccountViewViewModel struct, we test its specification.

This doesn't mean that we are not interested in the implementation, though. We need to make sure the suite of unit tests covers every code path of the entity we are testing. Code coverage reports are invaluable to accomplish this.