Should Outlets Be Weak or Strong

Should outlets be declared weak or strong? It’s a question that pops up surprisingly frequently. In this tutorial, I’d like to definitively answer this question. I also explain the why of the answer.

What Does Apple Recommend

Let’s first find out what Apple recommends. Fire up Xcode, create a new project based on the Single View Application template, and name the project Outlets. 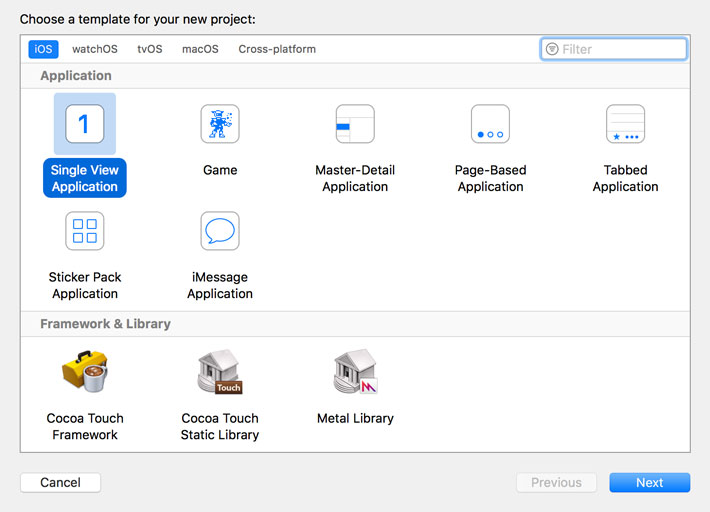 Open Main.storyboard and add a label to the View Controller Scene from the Object Library on the right. 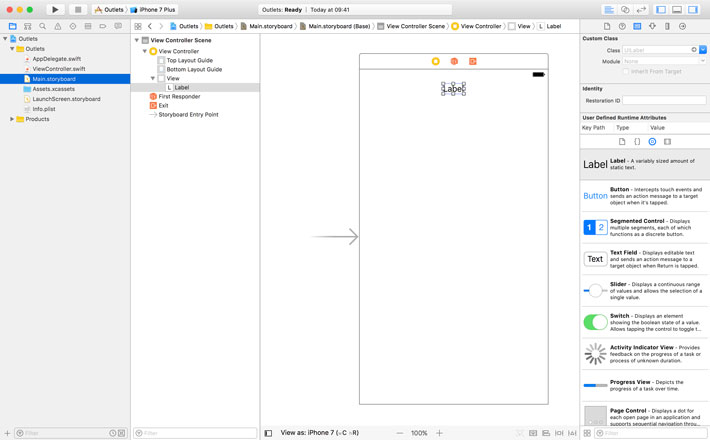 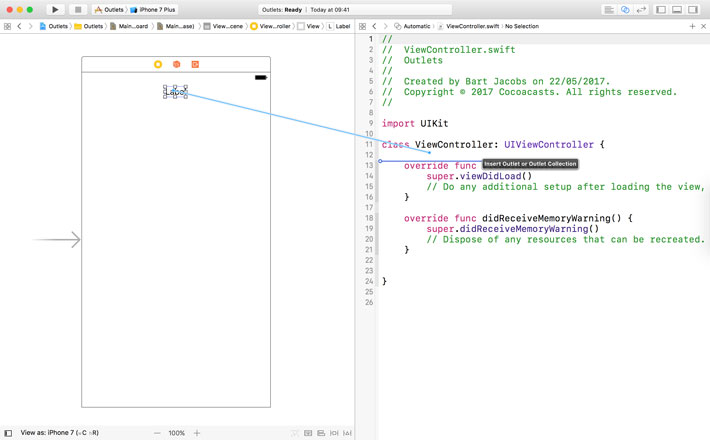 Name the outlet label and click Create to have Xcode create the outlet. 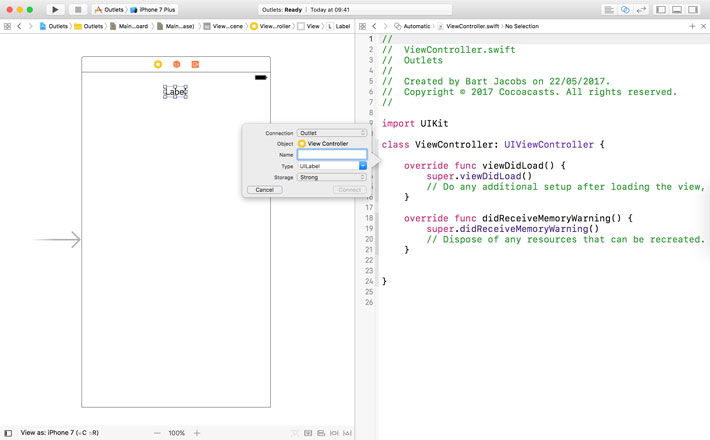 As you can see, the outlet is declared strong. It’s a variable property of type UILabel!, an implicitly unwrapped optional. The @IBOutlet Interface Builder attribute indicates the property is an outlet.

What would change if you declared the outlet weak? Nothing. You can give it a try and run the application. Your application won’t crash and burn.

If there seemingly is no difference in behavior, then why is this important? Why are some developers declaring outlets strong while others define them weak? To be honest, many developers don’t know the difference. But that’s not you. Right?

To understand why outlets can be declared strong or weak, you need to be aware which objects keep a reference to which objects. That’s right. Reference counting. 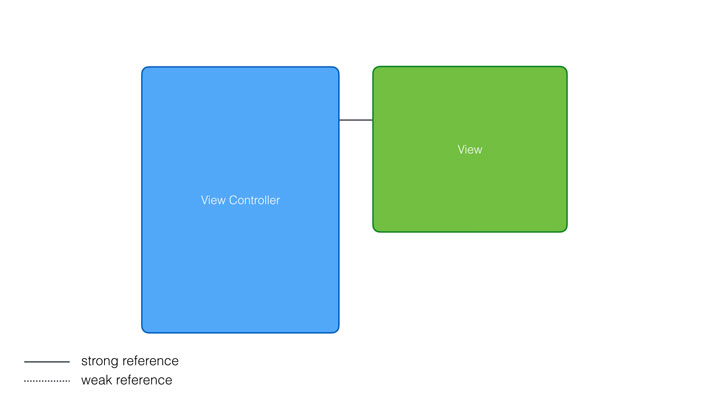 A view always keeps a strong reference to the subviews it manages. 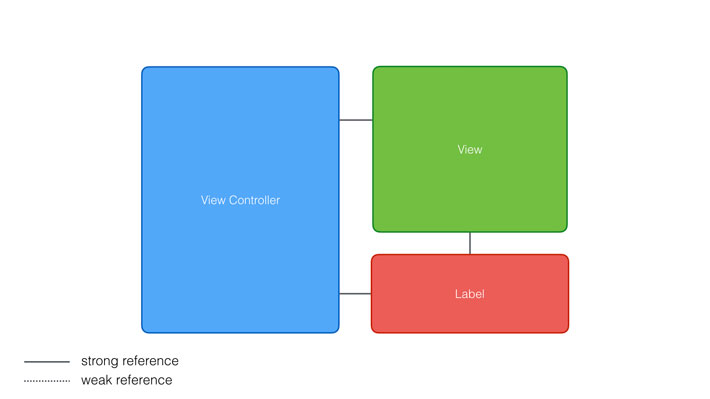 When the view controller is deallocated, the view it manages is deallocated as well. This also means that any subviews the view manages are also deallocated. This isn’t new if you’re familiar with reference counting.

If the outlet for the label is declared strong, doesn’t that mean the view controller keeps the label alive? That’s right. But that isn’t a problem. Is it?

The moment the view controller is deallocated, it releases the label. The label is deallocated if no other objects hold a strong reference to it. 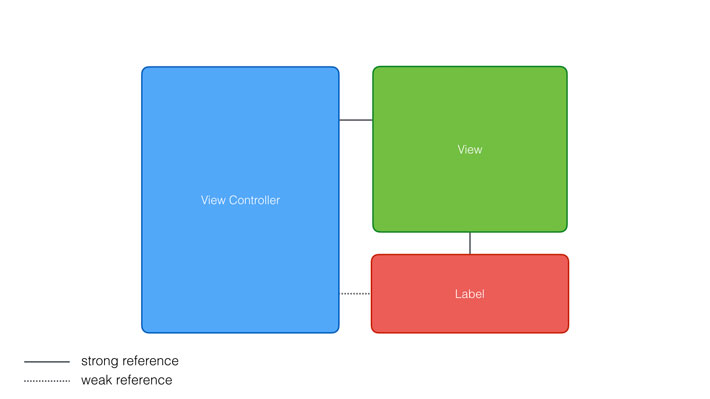 That isn’t a problem, though. The parent view or superview of the label keeps the label alive. When the view controller is deallocated, its view is also deallocated. As a result, any subviews the view manages are deallocated, including the label.

Are there any caveats? There are. What would happen if the view controller tries to access the label after the view of the view controller is deallocated? Because the outlet is declared weak, it is automatically set to nil when it’s deallocated. Because the outlet is an implicitly unwrapped optional, it has no value, that is, is equal to nil, and the application would crash as a result.

If this happens, chances are you’re doing something you shouldn’t be doing. You’ve gotten yourself into a race condition of some sort.

I hope its clear that outlets are not magical or mysterious. The memory management rules that you’re already familiar with still apply. If you need a refresher, take a look at a series I recently wrote about memory management in Swift.

It doesn’t hurt to declare an outlet as strong. It’s what Apple recommends and it ensures the outlet has a value for as long the view controller is alive.