by Bart Jacobs in Patterns

View controllers are notoriously hard to test. Ironically, the Model-View-Controller pattern forces developers to put a lot of the heart and brains of their applications in view controllers.

The Model-View-ViewModel pattern makes testing much easier, another key feature of MVVM. In this tutorial, I'd like to revisit Samsara one more time to show you how easy it is to test the ProfileViewModel class we created earlier in this series.

Swift has come a long way since it was introduced in 2014 at WWDC. Testing, for example, has become a lot easier. To get started, I created a new file with the Unit Test Case Class template and named it ProfileViewModelTests. 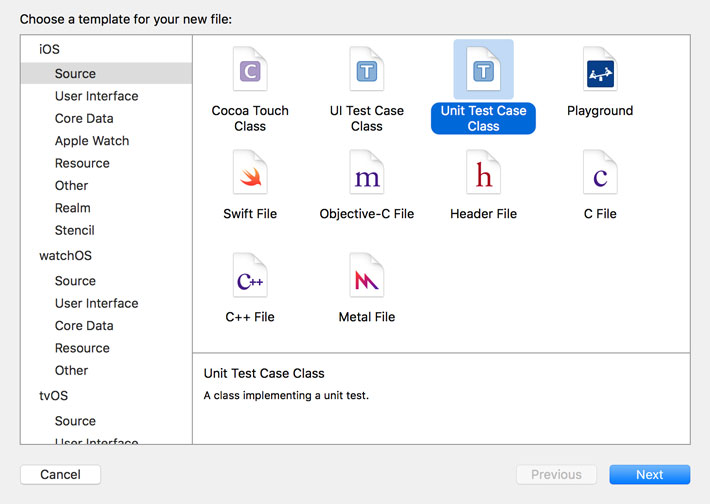 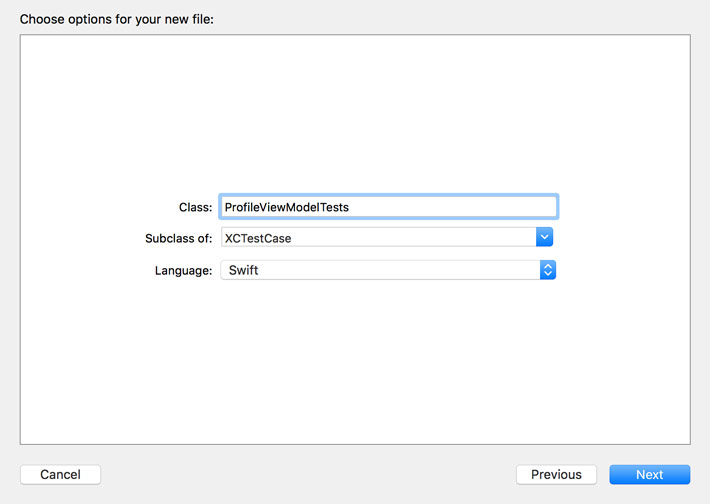 I usually use the OCMock library for unit testing, but we can do without it for this example. We are ready to write some unit tests.

Let's test a few more methods. The next method we test is timeForProfile().

In the test, we create a profile, set its duration property to 645.0, initialize a ProfileViewModel instance, and ask it for the formatted time of the profile.

The implementation of timeForProfile() uses a private helper method, stringFromTimeInterval(_:). This exposes two problems. First, we cannot access a private method in the unit test class. Second, having a private method that formats a Double is a subtle code smell.

It isn't wrong, but it may be better to create an extension on Double and implement it there. The advantage is that we can use stringFromTimeInterval(_:) wherever we want and, as a bonus, it is testable.

To make this happen, I created a new file, Double+Formatting.swift, and declare an extension on Double with one method, toString(). The beauty of this solution is that the functionality to format a Double is bolted onto the Double structure. I really like this technique. This wouldn't be possible in Objective-C.

We also need to update the ProfileViewModel class. The implementation of timeForProfile() becomes even more elegant.

To make the extension more reusable, you could add methods and parameters to specify the format of the resulting string, but I'm sure you get the idea.

My view on Cocoa development has changed significantly since the introduction of Swift and my adoption of the Model-View-ViewModel pattern. Decoupling code, increasing reusability, and improving testability are three key factors that make the projects I work on easier to maintain, more modularized, and less daunting for developers new to the project.

The Model-View-ViewModel pattern has only had benefits for me and, therefore, I don't see a reason why I wouldn't adopt it in future projects. If you haven't given it a try yet, then I encourage you to do so. Start with one view controller to see how it feels. You don't need to spend days or weeks refactoring code to get started with MVVM. Start small.

The Model-View-ViewModel pattern opens up many new avenues and I continue to discover new techniques or patterns as I adopt MVVM in my projects.

If you are serious about MVVM or you are tired of MVC, check out Mastering MVVM With Swift. We transform an application that uses MVC to use MVVM instead. You learn everything you need to know to use MVVM in your own projects. Did I mention we also cover RxSwift and Combine?