What Is the Difference Between Weak and Unowned References in Swift

To avoid strong reference cycles, you sometimes need to give the compiler a hand. Unfortunately, this trips up many developers, especially those that don't have experience with Objective-C. Weak and unowned references in particular often cause confusion. That is the focus of this article.

What Are Weak and Unowned References

A reference to an instance is strong by default. But that is not always what you want. If a strong reference is not appropriate, you have a few other options, weak and unowned references.

Remember that an instance is deallocated if no other objects have a strong reference to the instance.

But there are several key differences between weak and unowned references that are important to understand.

What Are the Differences

The first difference you need to know about is that an unowned reference is always expected to have a value. This is not true for weak references, which are set to nil if the instance they reference is deallocated. When that happens, the reference is set to nil.

Weak and unowned references are best understood with a few examples. Let me start with an example of a weak reference.

Chances are that you are familiar with the delegation pattern. You probably know that the UITableView class defines a delegate property. Among other things, the delegate is responsible for responding to user interaction. For example, the table view notifies its delegate when the user taps one of its rows. 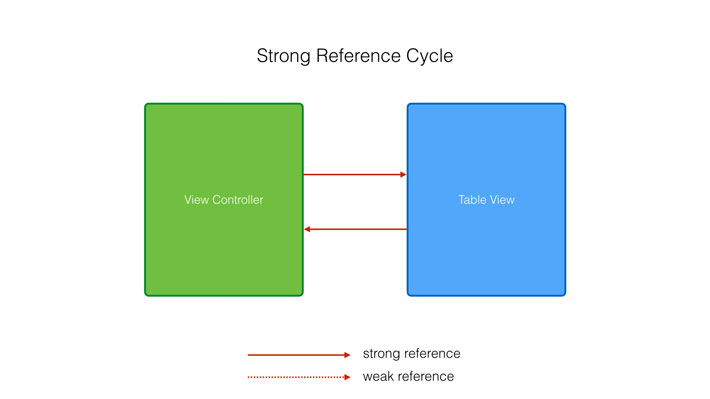 If you don't believe me, then I suggest you take a look at the public interface of the UITableView class. The delegate and the dataSource properties are declared as weak properties.

The strong reference cycle is broken by declaring the property as weak. 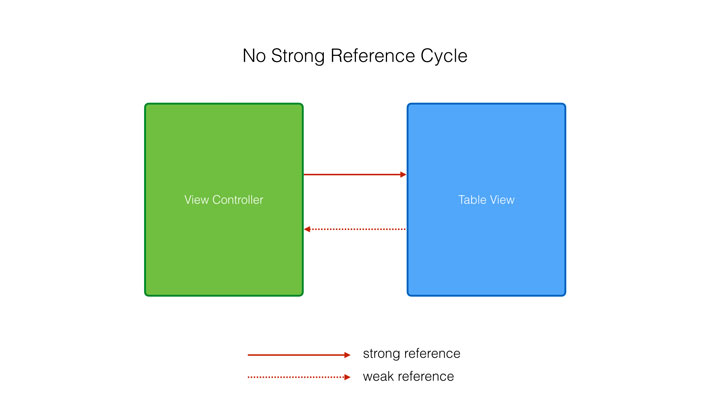 The example I usually use to explain unowned references is that of accounts and pricing plans. If you sign up for Netflix, you choose a pricing plan. You create an account and you choose the pricing plan that fits your needs. This is what that could look like in code.

This doesn't look right. Take a look at the following diagram to better understand the problem. 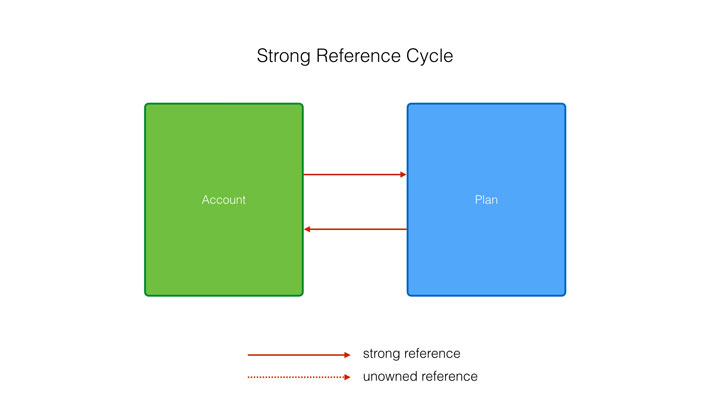 We can break the strong reference cycle by marking the account property of the Plan class as unowned.

The resulting diagram looks much better. 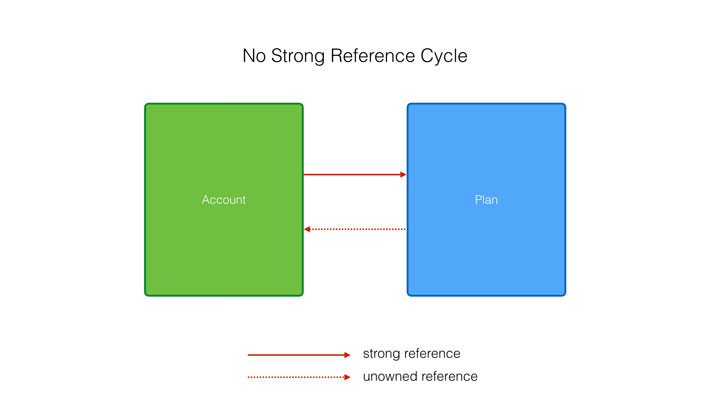 It is important to understand why we marked the account property as unowned instead of weak. An account should always have a plan associated with it and a plan shouldn't exist without an account.

Remember what I wrote earlier. An unowned reference is always expected to have a value. When the Account instance is deallocated, the Plan instance it is linked to is also deallocated. This is only possible because the account property is marked as unowned instead of strong, which is the default for properties.