Five Xcode Tips To Speed Up Your Development

Xcode is a pretty complex piece of software and it changes with every major release. Apple's IDE (Integrated Development Environment) has dozens and dozens of tiny secrets, which you only discover the more you use it. In this episode, I share five tips that I use every day and could not do without.

My guess is that you already use multiple tabs in Xcode. Did you know that you can assign names to tabs? Named tabs are very convenient and much easier to manage. You can name a tab by selecting it and choosing Rename Window Tab... from Xcode's Window menu. 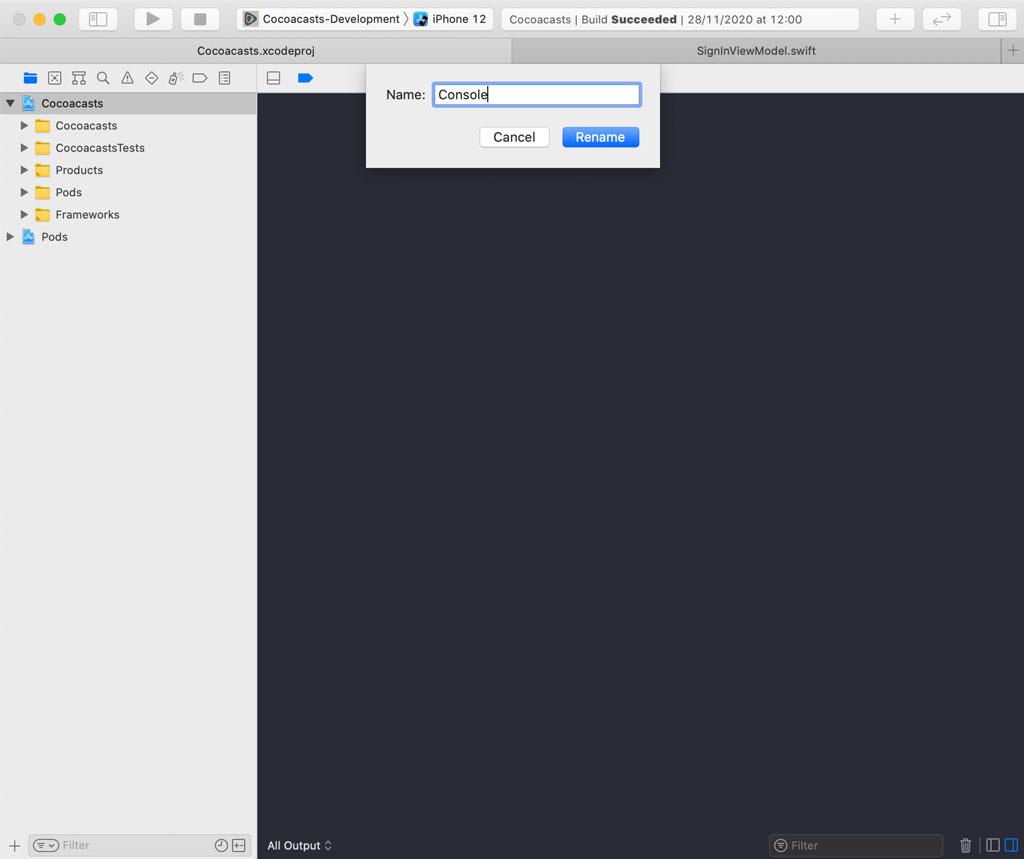 Whenever I work in Xcode, I have at least two named tabs, Console and Trace. As the name suggests, Console is dedicated to monitoring Xcode's output. I use Trace for stepping through breakpoints. With named tabs, I don't waste time searching for the tab I need. Xcode behaviors make named tabs even more useful.

Behaviors are another powerful feature of Xcode. With behaviors, you tell Xcode what to do when a predefined event takes place.

How often do you open the console when you are debugging an application? I have a separate window with a tab named Console, which I tell Xcode to open whenever output is generated. The possibilities are endless.

Whenever a breakpoint is hit during a debug session, Xcode automatically shows me the tab named Trace and opens the Debug Navigator. To make debugging easier, I also tell Xcode to show the debugger at the bottom of the window. 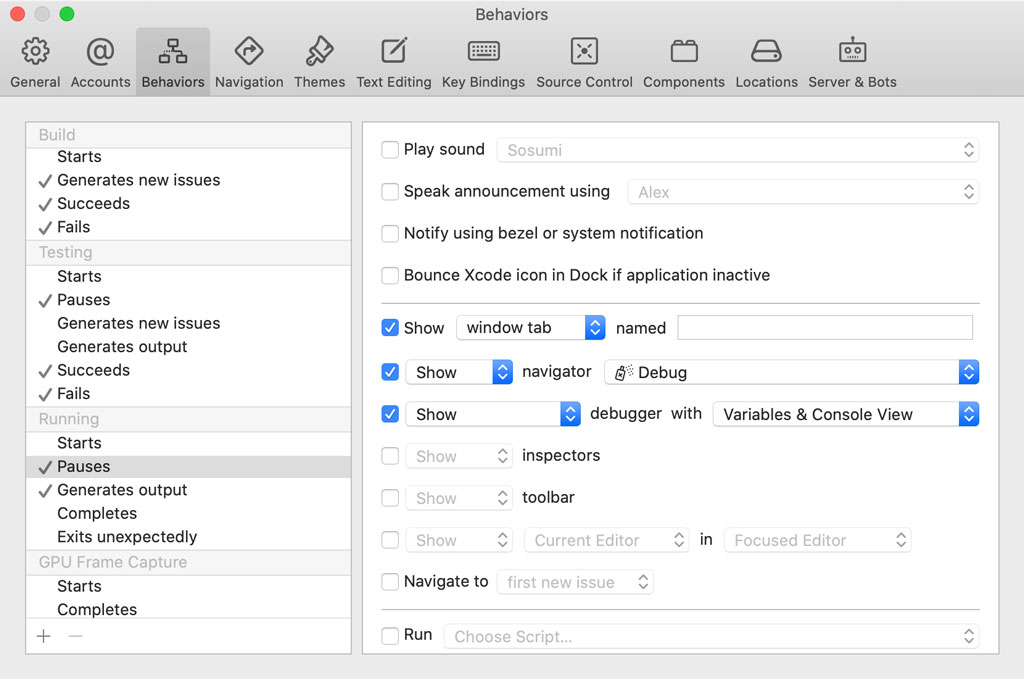 In Xcode, each tab has its own history. While it can be useful to click the Go Back and Go Forward buttons in the top left of the editor, it is much easier to create keyboard shortcuts or trackpad gestures for these common actions. Once you start using this feature, you find yourself using history all the time.

History has the tendency to repeat itself. Take advantage of Xcode's Go Back and Go Forward commands to save yourself time and frustration. I also use keyboard shortcuts to navigate between tabs, which makes this feature even more powerful.

There are dozens of text snippet managers, such as Dash and TextExpander. When working with Xcode, however, I prefer Xcode's built-in code snippets. Let me show you why that is. 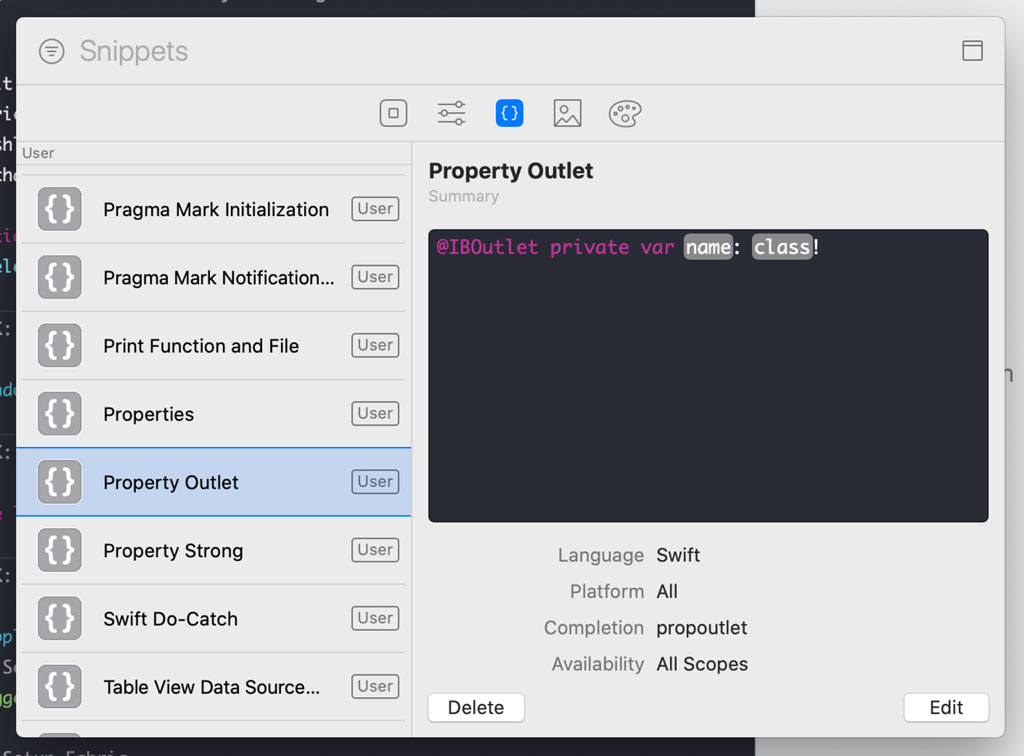 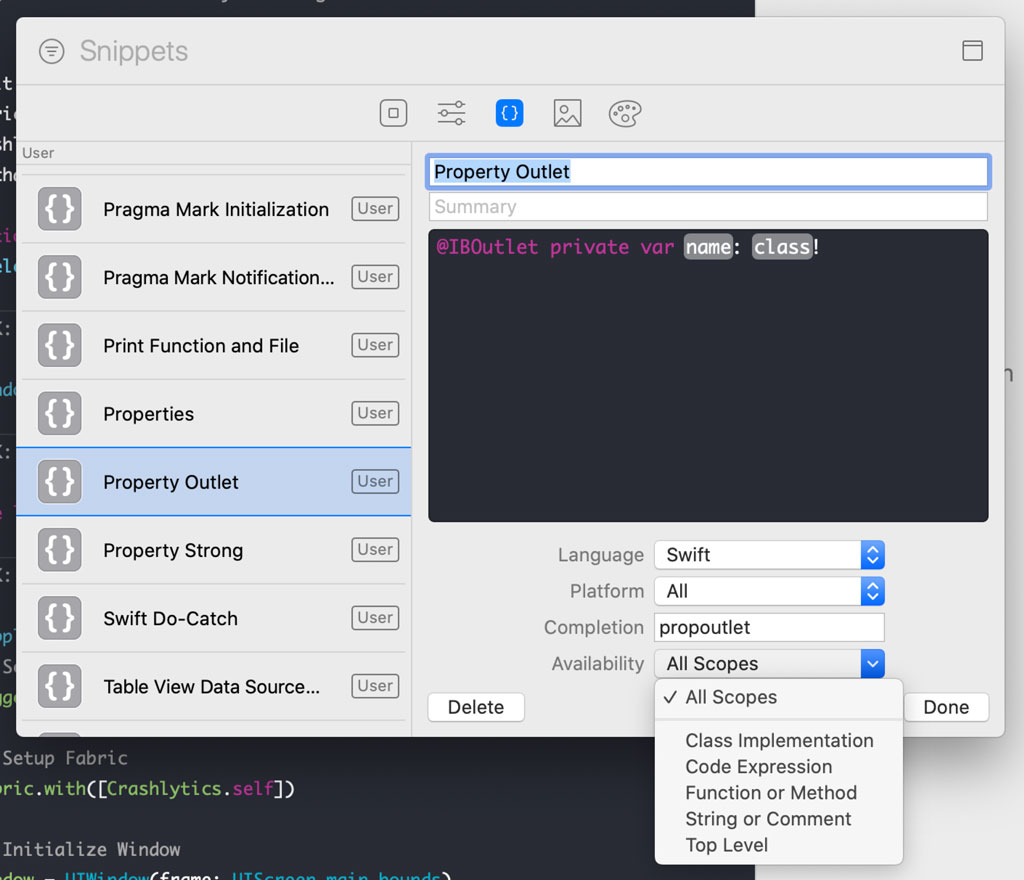 If Xcode's code snippets are new to you, then I encourage you to give them a try.

Breakpoints are indispensable for debugging. But did you know you can assign actions to breakpoints. Each breakpoint is configurable in several ways. You can, for example, tell Xcode to ignore a breakpoint until it is hit a set number of times. 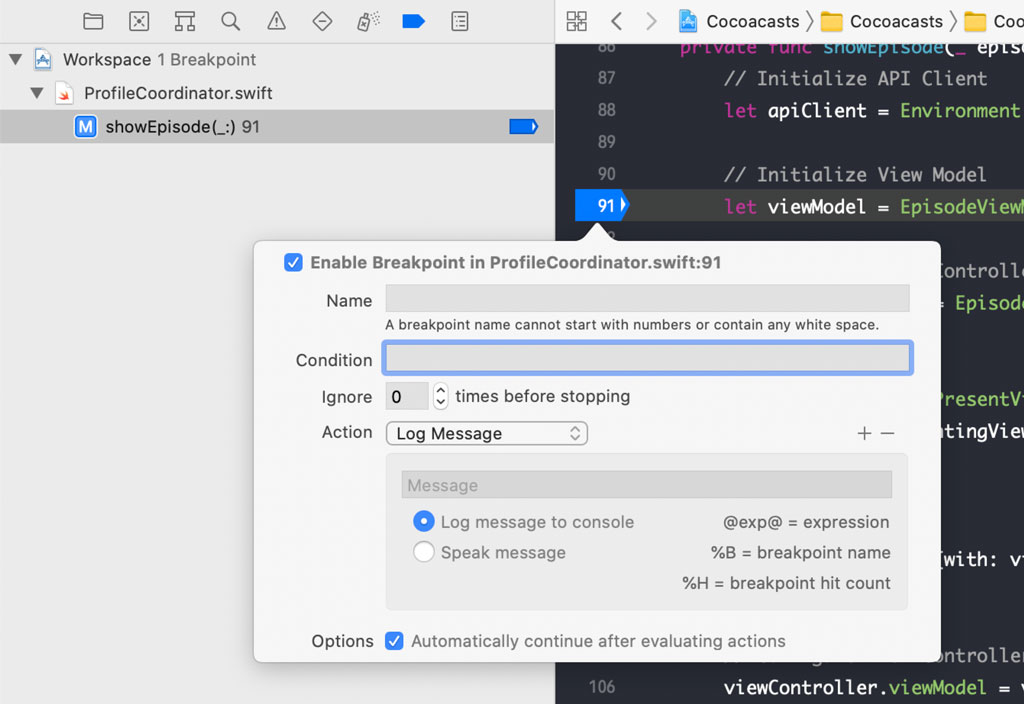 Give it a try. Select a breakpoint, right-click, and choose Edit Breakpoint.

Xcode has been around for almost two decades and it has evolved into a powerful IDE with countless features. It pays to explore the less obvious features of Apple's IDE to speed up your development.