How Does MVVM Work

In this episode, we take a closer look at the internals of the Model-View-ViewModel pattern. We explore what MVVM is and how it works.

Remember form the previous episode that the Model-View-ViewModel pattern consists of four components or layers: 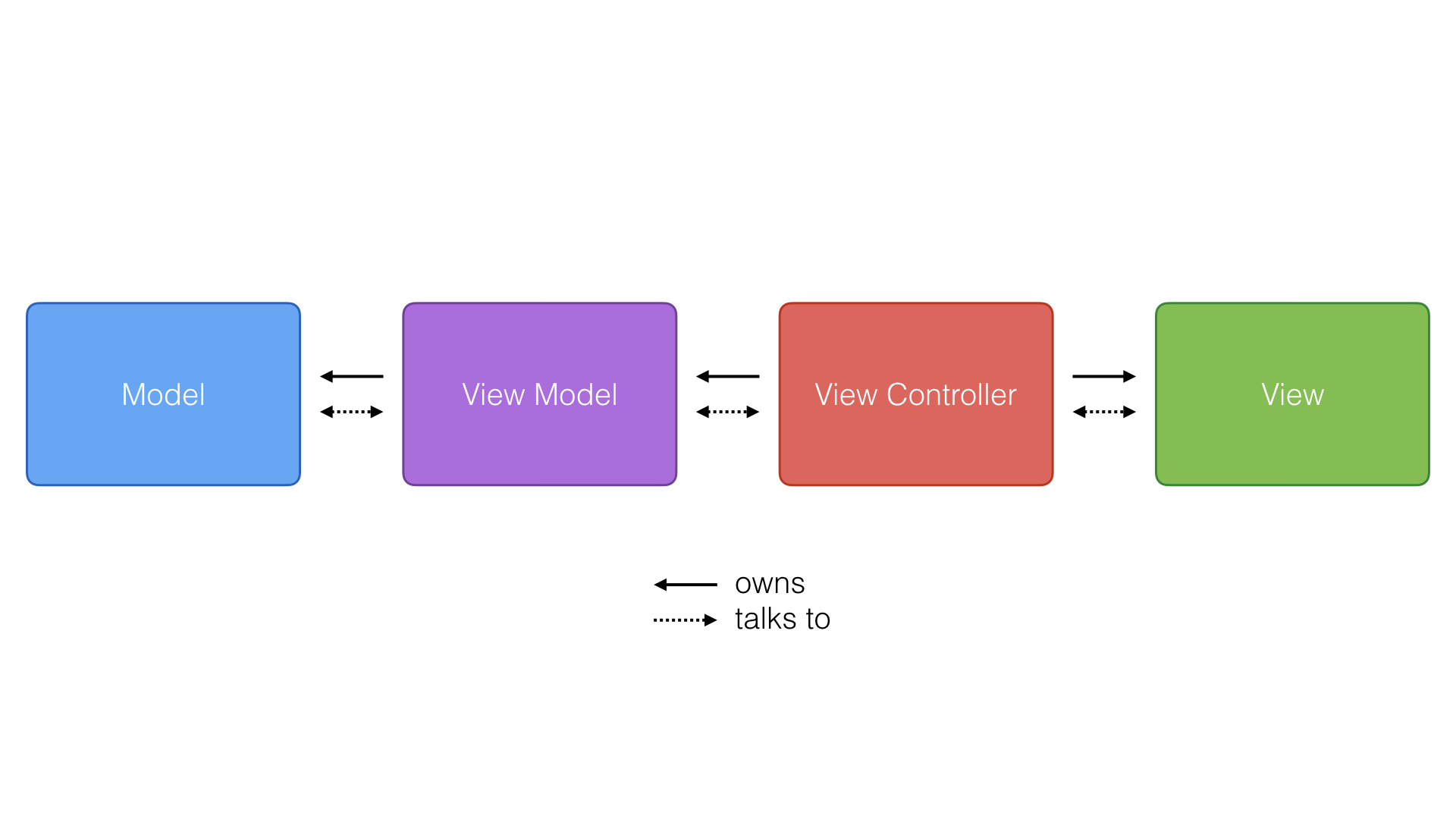 Keep this diagram in mind. Let's start by taking a look at the advantages MVVM has over MVC. Why would you even consider trading the Model-View-Controller pattern for the Model-View-ViewModel pattern?

We already know that the Model-View-Controller pattern has a few flaws. With that in mind, what are the advantages MVVM has over MVC?

Let me start by asking you a simple question. What do you do with code that doesn't fit or belong in the view layer or model layer? Do you put it in the controller layer? Don't feel guilty, though. That's what most developers do. The problem is that it inevitably leads to fat controllers that are difficult to test and manage.

The Model-View-ViewModel pattern presents a better separation of concerns by adding view models to the mix. The view model translates the data of the model layer into something the view layer can use. The controller layer is no longer responsible for this task.

View (iOS) and window (macOS) controllers are notoriously hard to test because of their close relation to the view layer. By migrating some responsibilities, such as data manipulation, to the view model, testing becomes much easier. As you'll learn in this series, testing view models is surprisingly easy. Testing? Easy? Absolutely.

Because a view model doesn't have a reference to the view controller that owns it, it's easy to write unit tests for a view model. Another benefit of MVVM is improved testability of view and window controllers. The controller no longer depends on the model layer, which makes them easier to test. 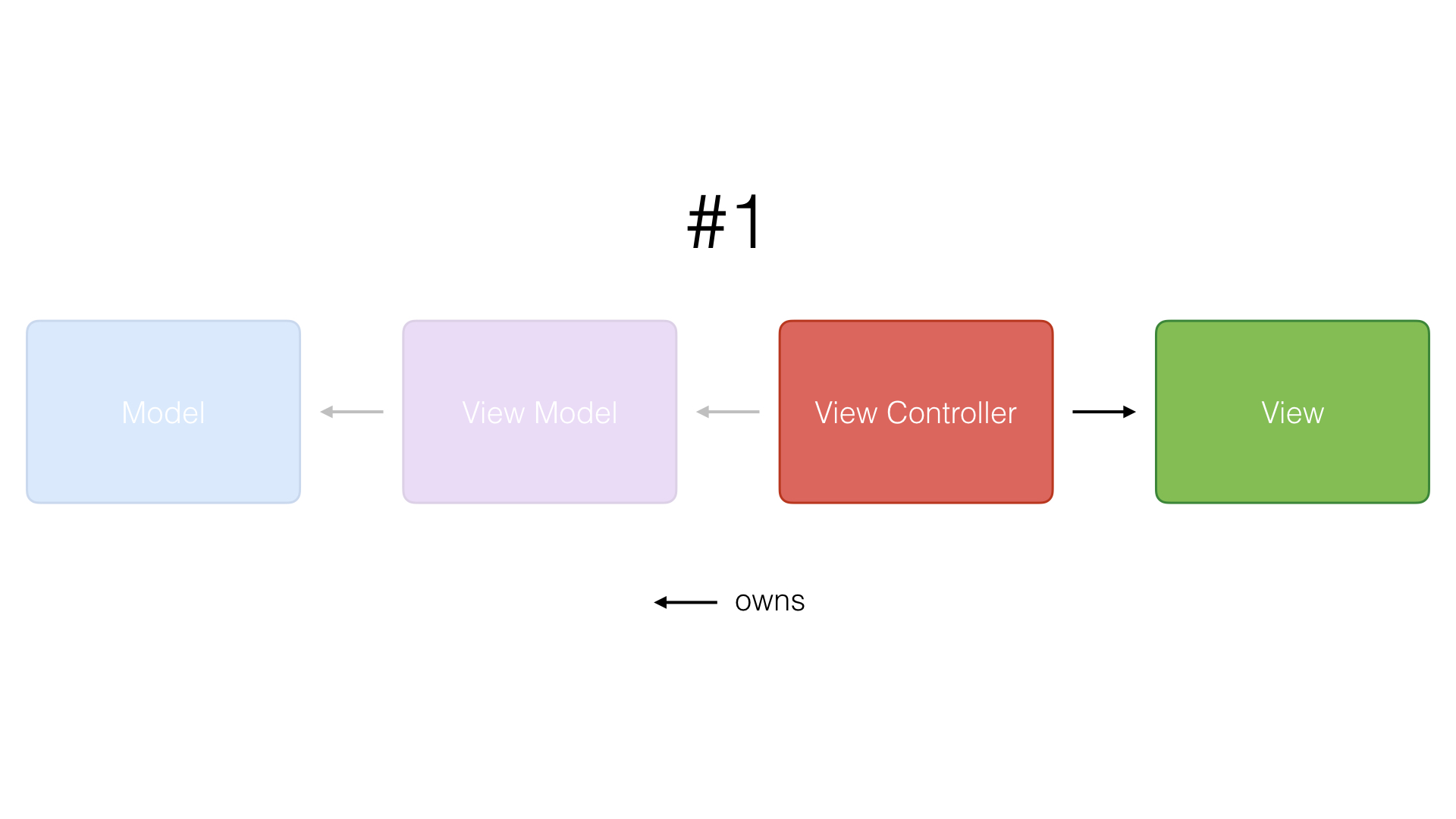 Second, the view or window controller doesn't know about the model. This is something that separates MVC from MVVM. 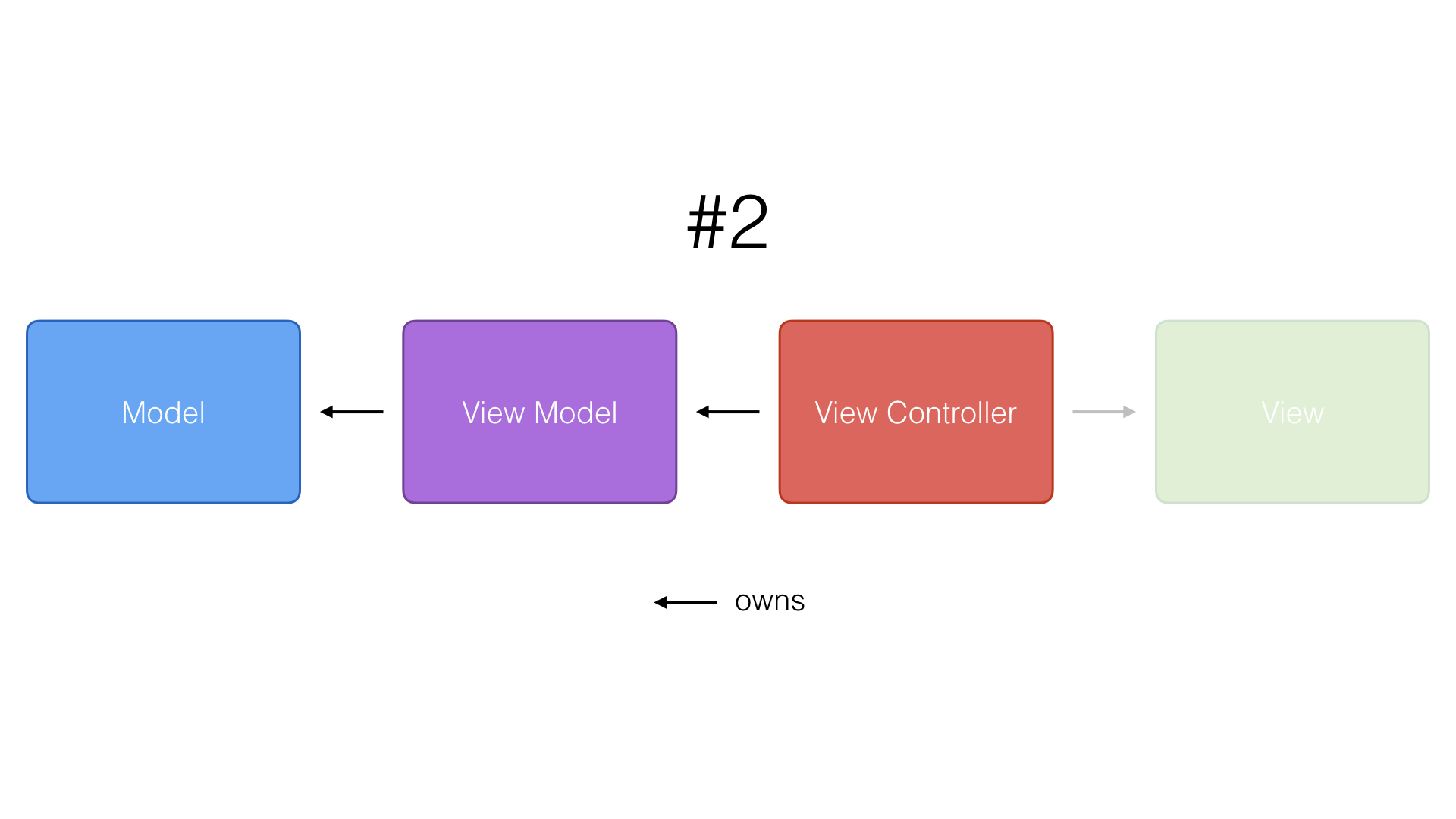 The model doesn't know about the view model it's owned by. This is another rule that should never be broken. The model should have no clue who it's owned by. 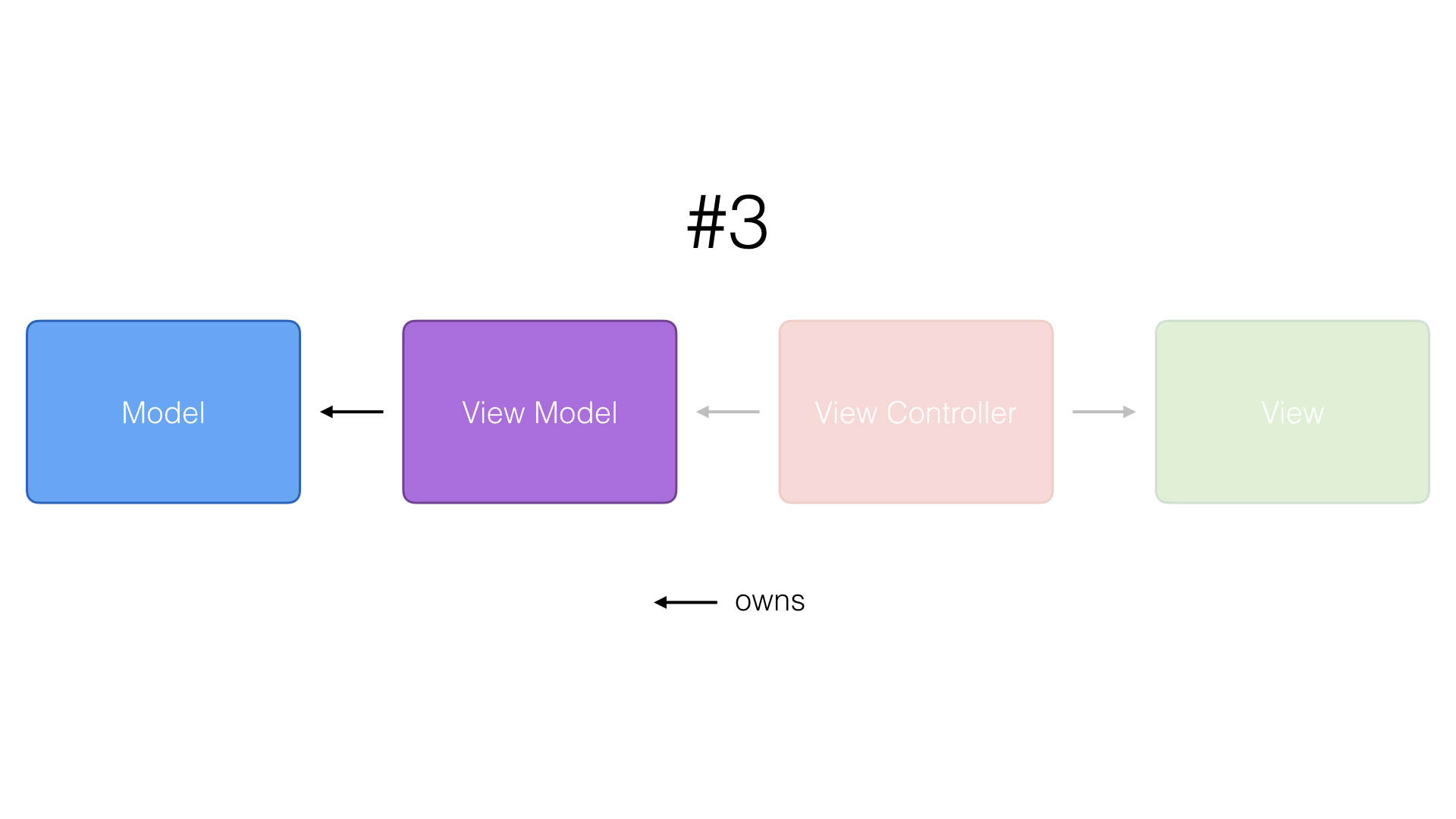 The view model owns the model. In a Model-View-Controller application, the model is usually owned by the view or window controller. 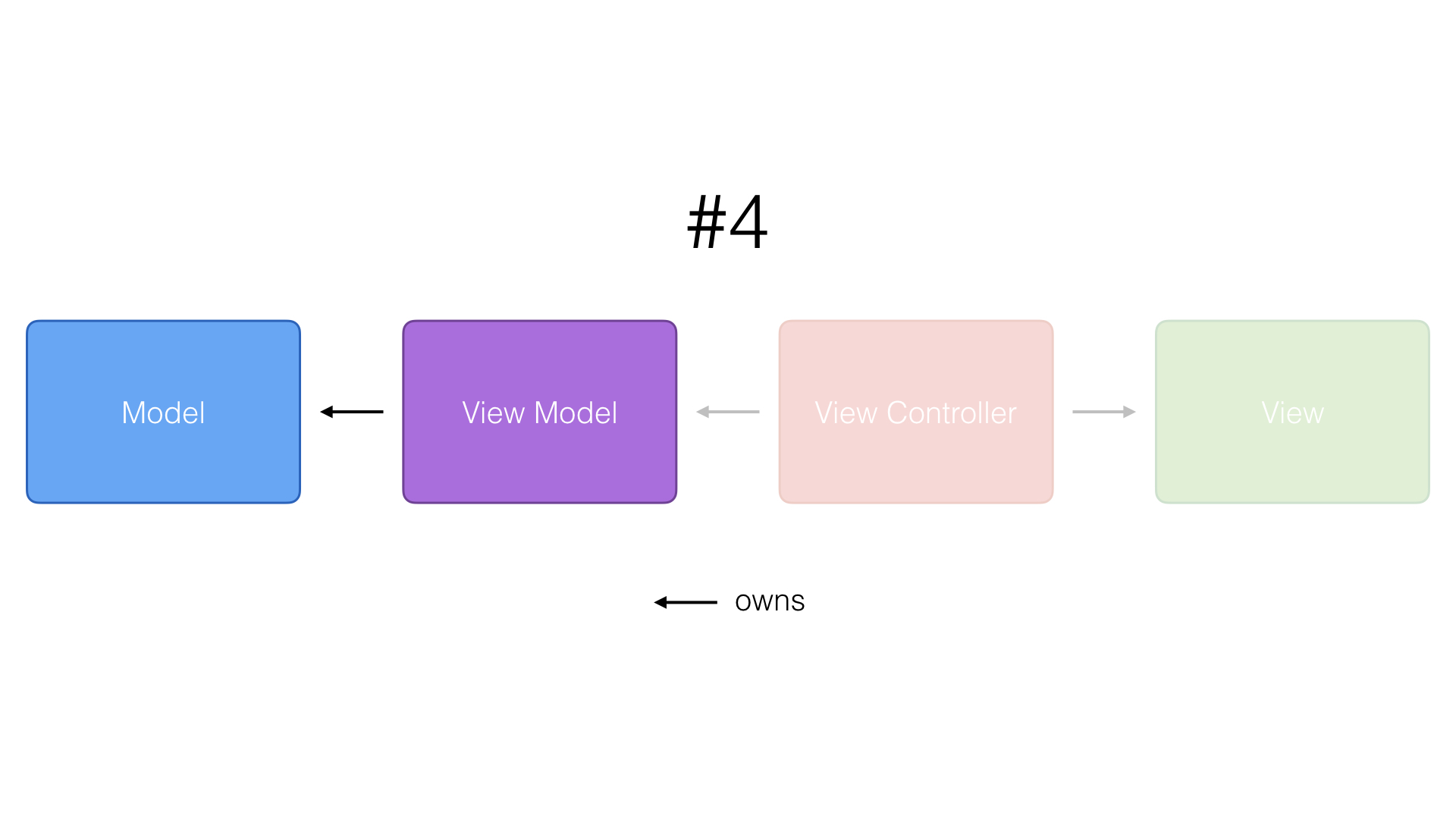 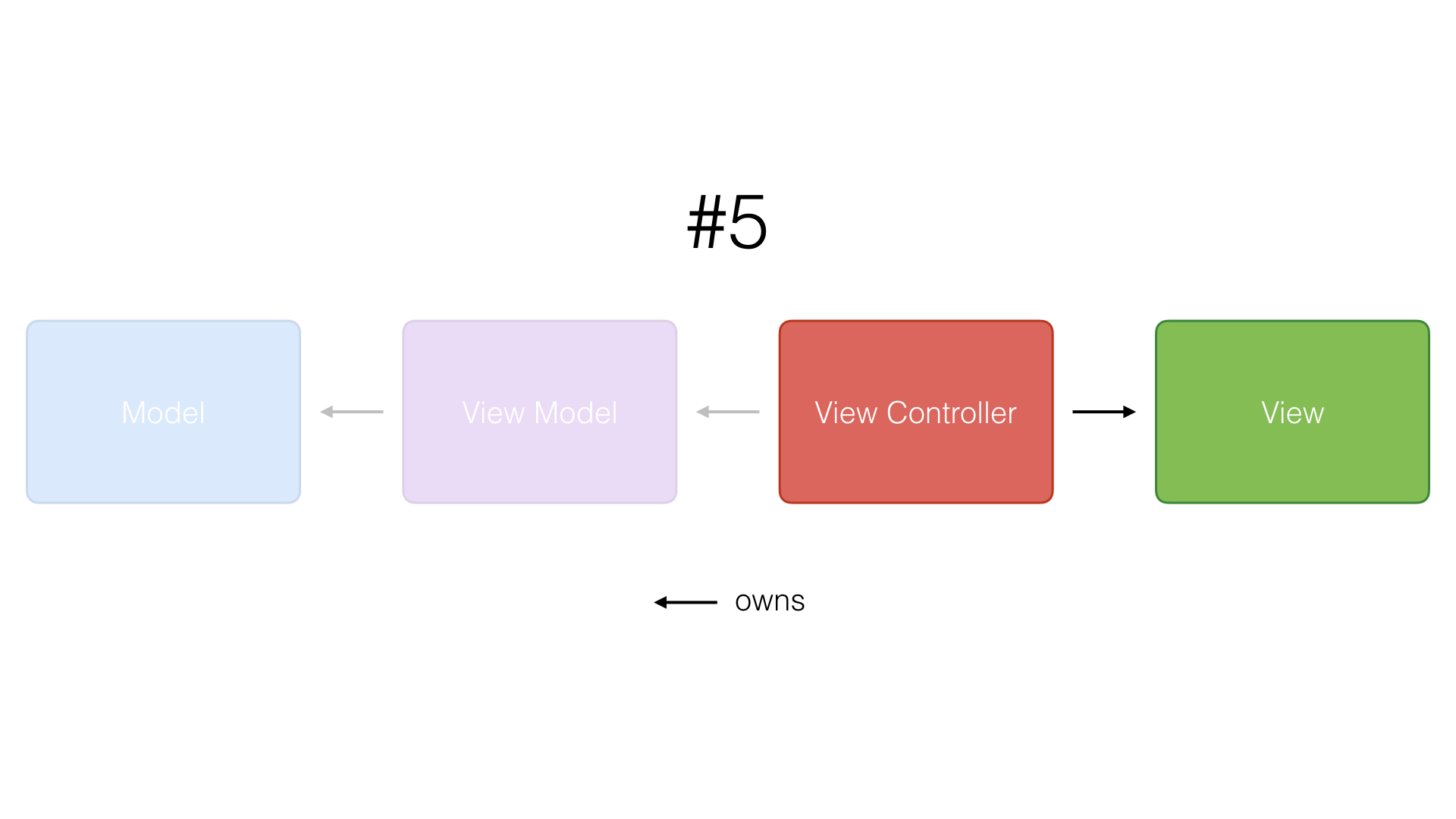 And finally, the controller owns the view model. It interacts with the model layer through one or more view models. 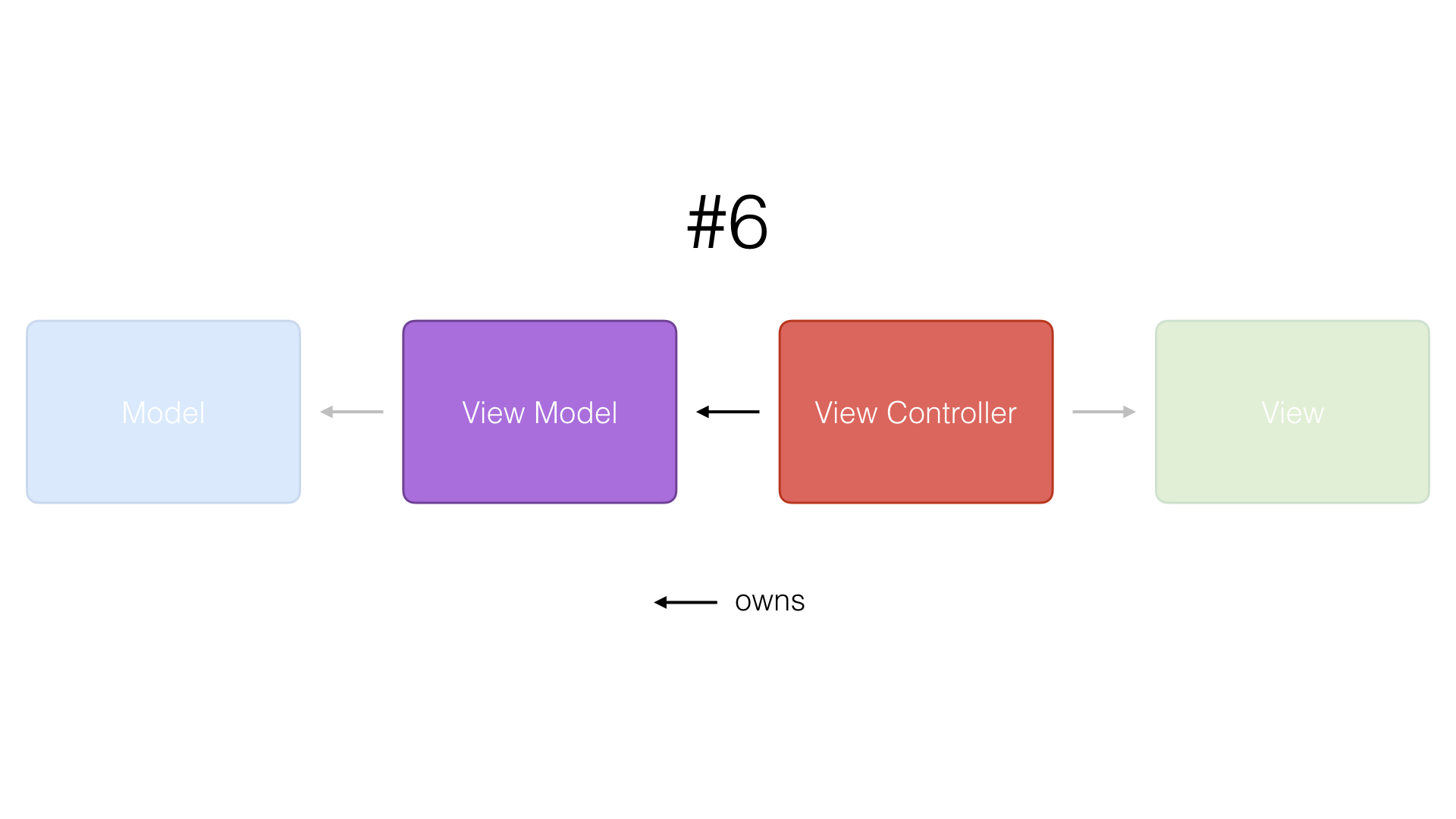 It's Time to Refactor