Let's take a look at the implementation of the viewDidLoad() method of the ViewController class. The application iterates through the collection of image views from top to bottom. For each image view, it loads an image and updates the image view on the main thread. 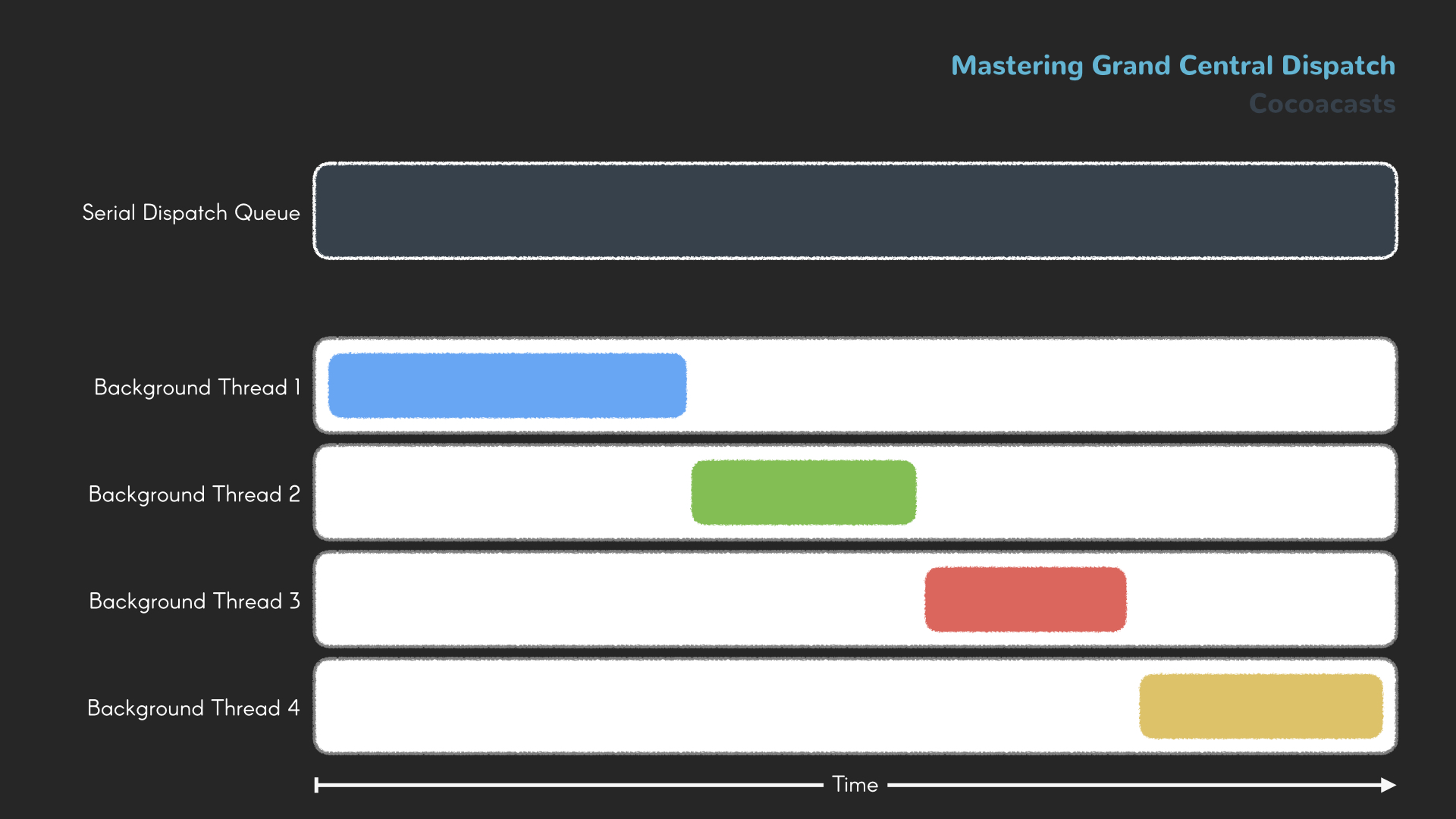 The diagram shows that each block of work is executed on a different thread. While that is a possibility, it's also possible that the same background thread is used for the execution of the other blocks of work that were submitted to the serial dispatch queue. Remember that Grand Central Dispatch doesn't make a guarantee as to which thread is used to service a block of work.

We also need to update the implementation of the viewDidLoad() method.

A concurrent dispatch queue is also a FIFO queue, which means that, like a serial dispatch queue, the order of execution is predictable. The order in which blocks of work are completed is unpredictable. 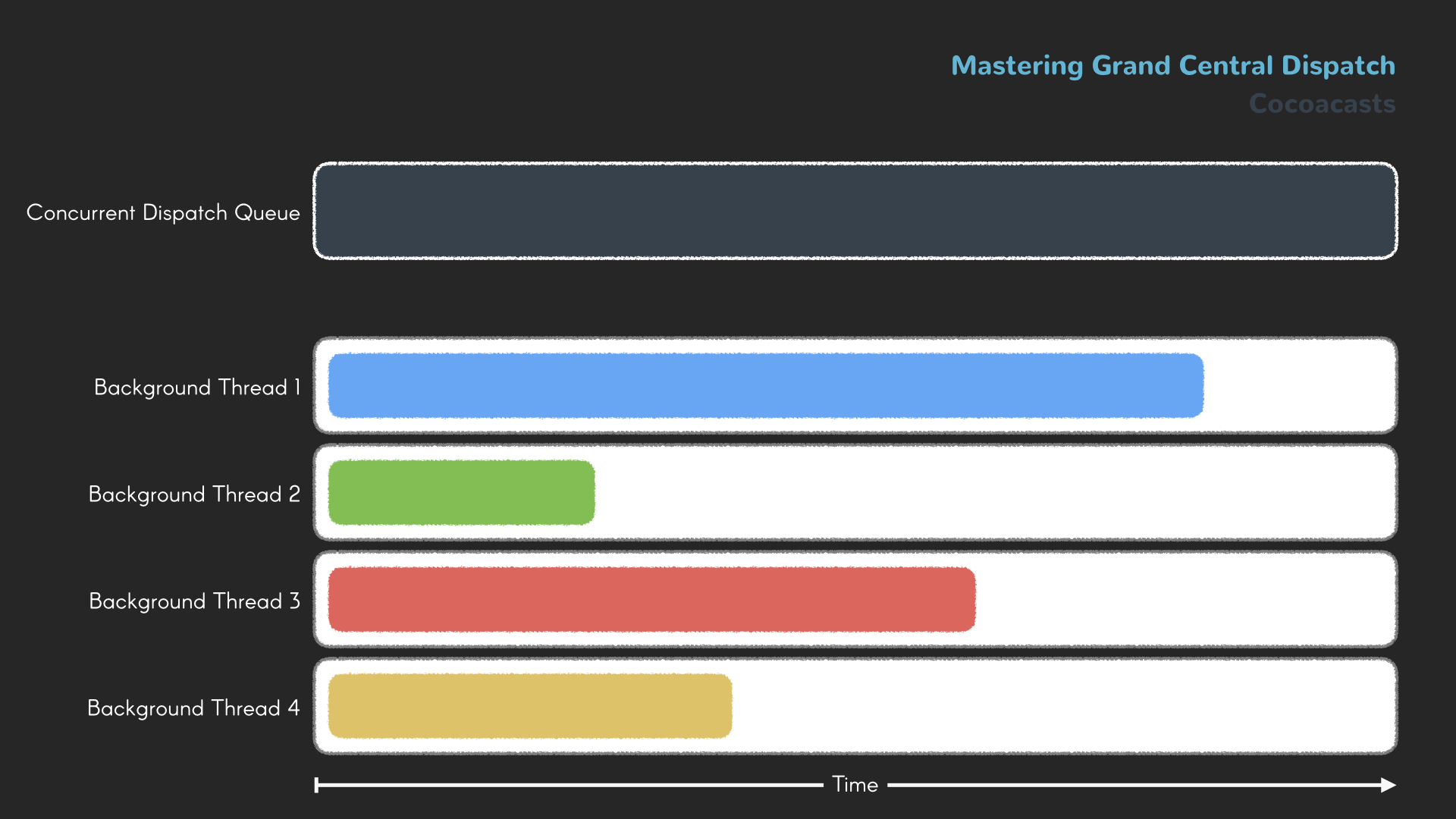 The order of completion is no longer under the control of Grand Central Dispatch. Which block of work completes first depends on the size and location of the image, the availability of network interfaces, the battery level of the device, and many other factors.

If you want to understand how a concurrent dispatch queue can execute work items concurrently, we need to revisit the Debug Navigator. Enable the breakpoints we set in the loadImage(with:for:) method and run the application. Open the Debug Navigator on the left and make sure the mode is set to View Process by Thread. 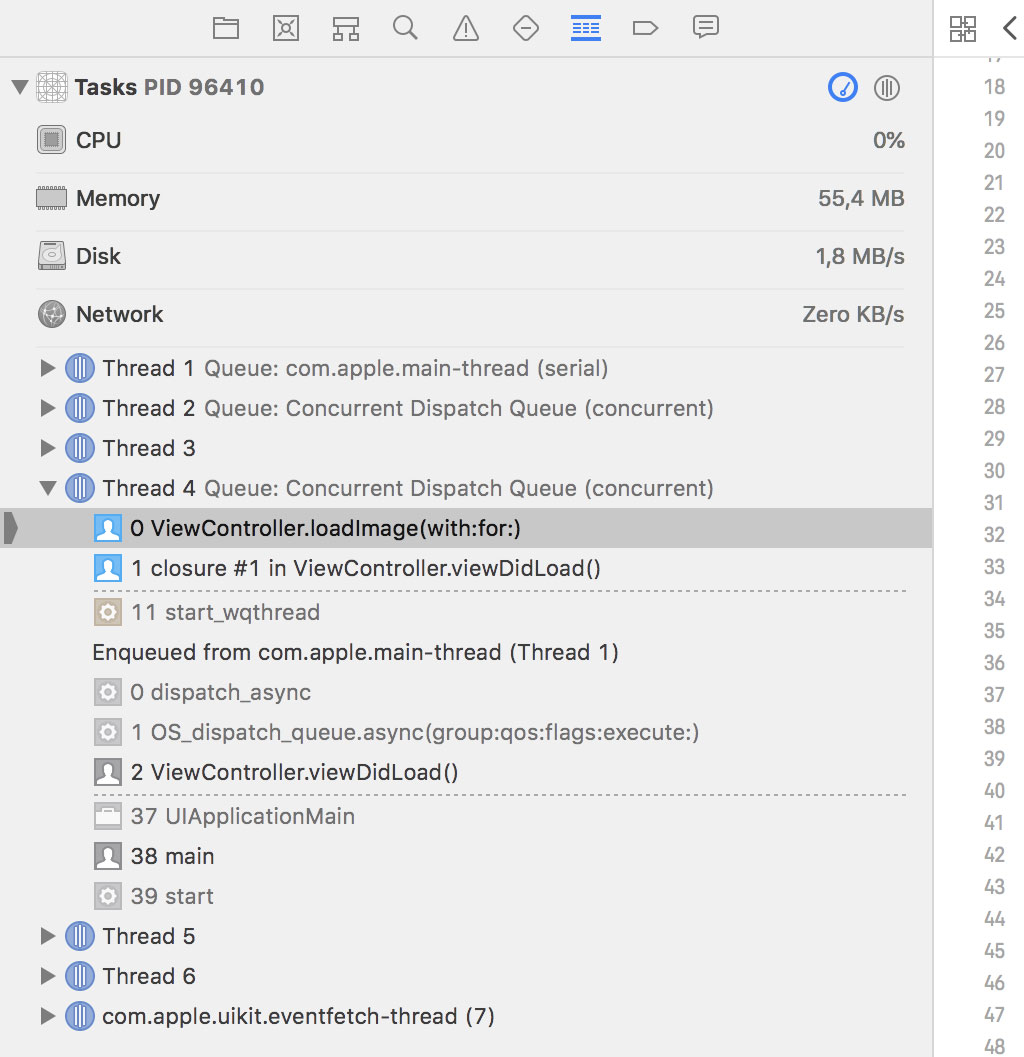 The Debug Navigator shows that the concurrent dispatch queue schedules the blocks of work on four different threads. While this may seem surprising, it makes sense if you understand how concurrency works.

A thread is a context in which commands are executed. It's a line or thread of execution through the application we created. This means that a thread can only execute one command at a time. If Grand Central Dispatch were to execute the blocks of work of the concurrent dispatch queue on the same thread, we wouldn't have true concurrency. The blocks of work would be executed serially. That is what happened in the early days of computing when processors had a single core. A core can only execute one command at a time. With a single core, concurrency is nothing more than an optimization in software, not hardware. You can ignore this if it doesn't make sense.

What's important to understand is that Grand Central Dispatch takes advantage of the resources of the system, such as multiple cores, to execute the blocks of work as fast as possible. It does this by scheduling the blocks of work on multiple threads.

Click the Continue button in the Debug Bar until you hit the second breakpoint of the loadImage(with:for:) method. The debugger breaks the application on the main thread and the Debug Navigator shows us that the block of work that is executed was scheduled on a background thread. 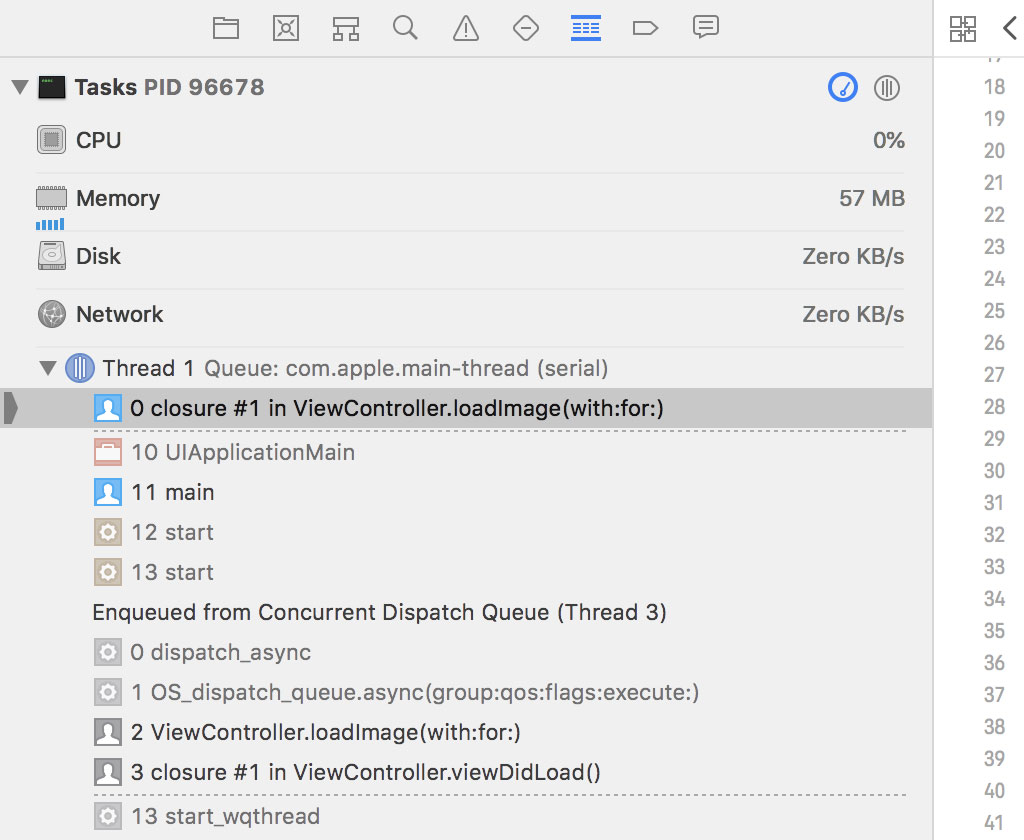 If you paid close attention, then you may remember that that thread wasn't the first to start execution of its block of work. That is the power of concurrency. The four blocks of work are executed at the same time and we can't predict which block of work will complete first.