by Bart Jacobs in SwiftUI

While it is possible to integrate SwiftUI into a UIKit or AppKit application, this series focuses on building applications that are built entirely using SwiftUI.

Fire up Xcode and create a project by choosing New > Project... from Xcode's File menu. Select the App template from the Multiplatform > Application section and click Next. 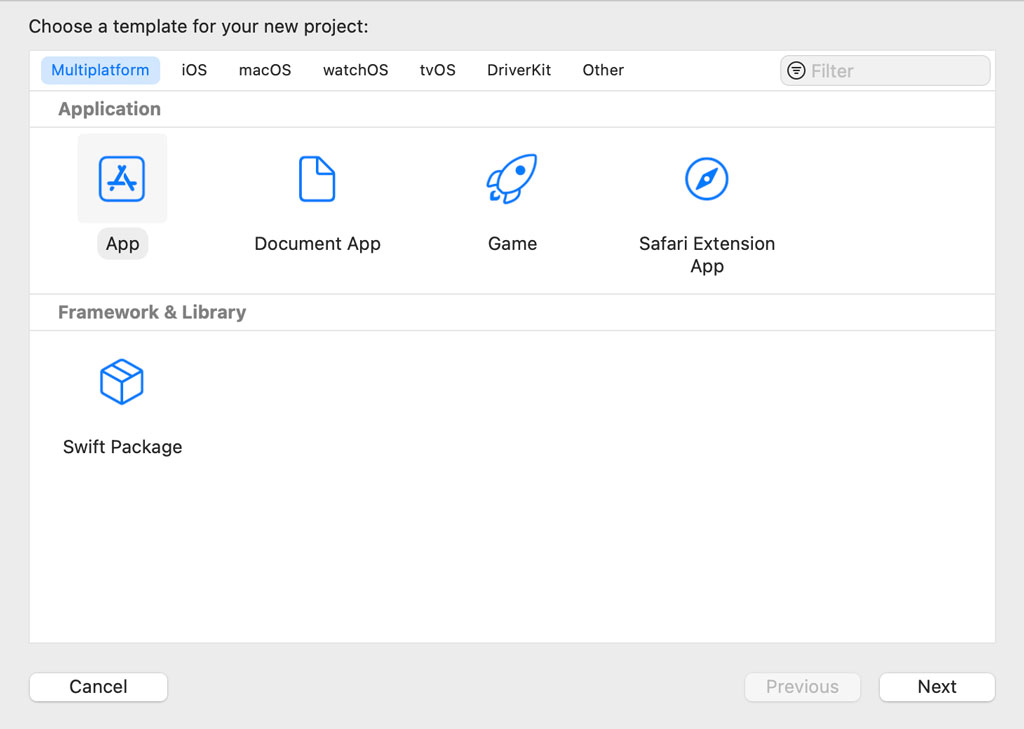 Name the project Notes. A multiplatform application automatically uses SwiftUI for its user interface. Leave the checkboxes at the bottom unchecked and click Next. Tell Xcode where you would like to save the project and click Create. 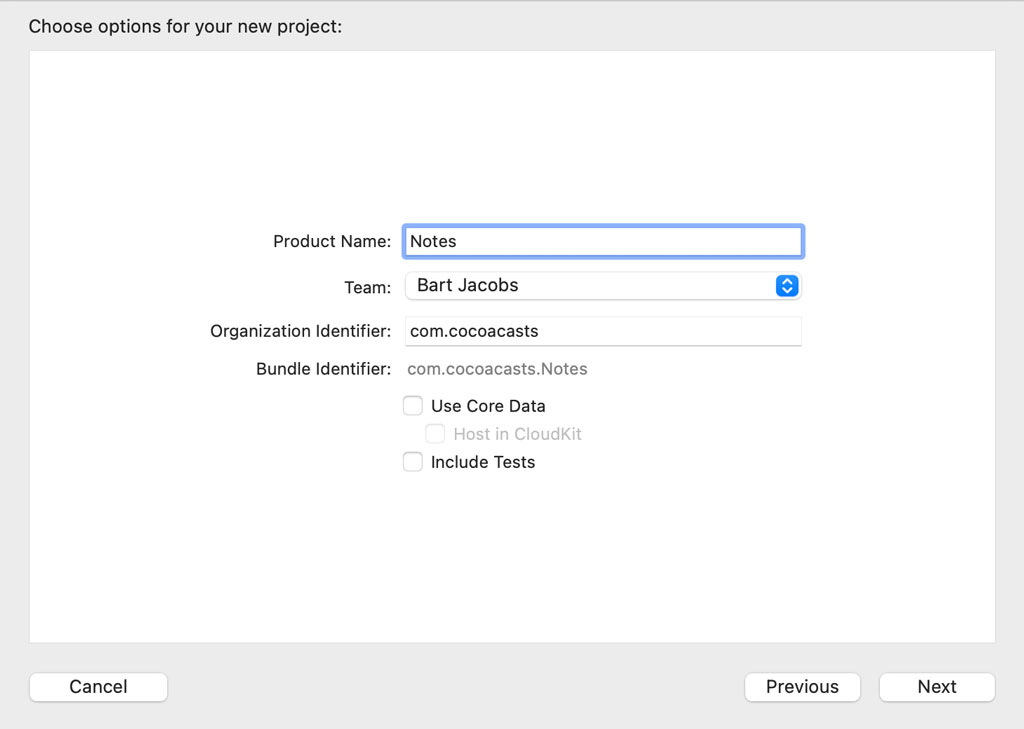 Xcode automatically opens ContentView.swift. It displays the file's contents on the left and shows a preview on the right. Click the Resume button in the top right to preview the user interface ContentView defines. 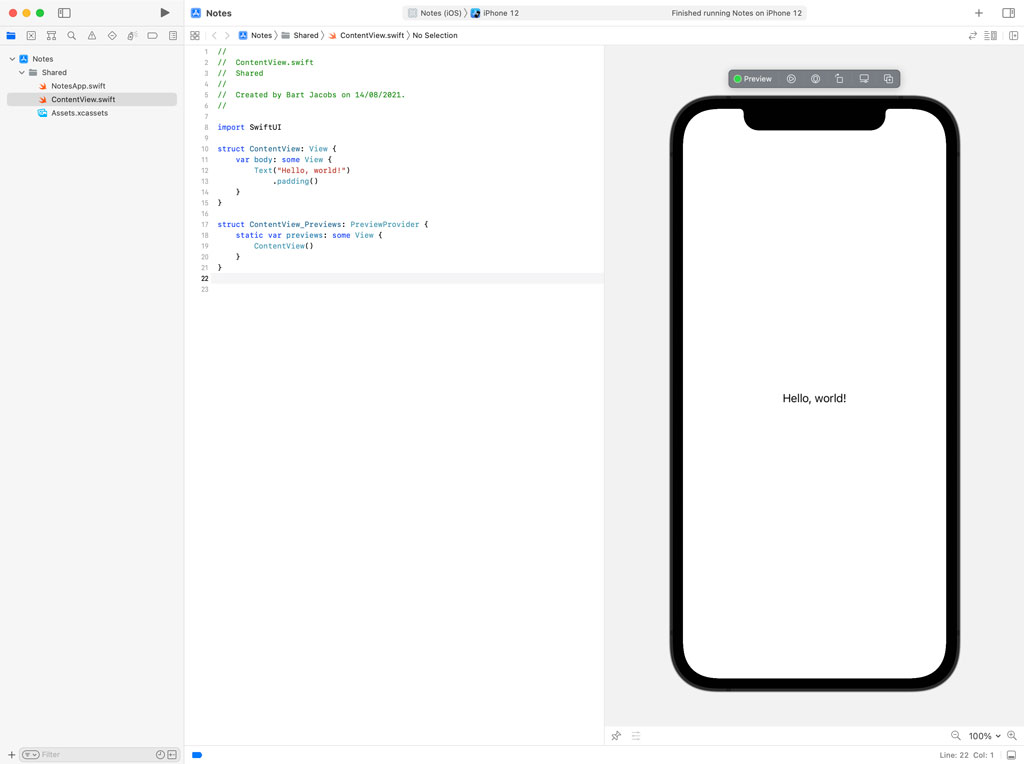 A type annotated with the main attribute is required to implement a type function with name main(), accepting no arguments and returning Void. We don't need to worry about this requirement because the App protocol, to which NotesApp conforms, takes care of that. That is the main attribute in a nutshell.

The some keyword was introduced in Swift 5.1. The Swift Evolution proposal discusses the some keyword in more detail. What you need to know for now is that body returns an object that conforms to the Scene protocol. The some keyword indicates that body returns an opaque type, which means that the concrete type of body is hidden. In other words, the body property doesn't expose the concrete type it returns other than that it conforms to the Scene protocol. The concrete type is private to the body property. Don't worry if this is confusing. Opaque types are a more advanced feature of the Swift language. What you need to remember is that body returns a scene, an object that conforms to the Scene protocol.

The initializer of WindowGroup accepts a closure as its only argument. This is a common pattern in SwiftUI applications. The closure that is passed to the initializer returns the contents of the scene. For WindowGroup, that object is a view, an object conforming to the View protocol. Whenever I refer to a view in this series, I refer to an object that conforms to the View protocol. We take a closer look at views in the next episode.

The view the closure returns is an instance of ContentView. ContentView is defined in ContentView.swift. Let's take a look at its implementation.

The body property of ContentView returns another view. In this example, it returns a Text object. Text also conforms to the View protocol and displays a string, Hello, world! in this example. You can ignore the padding() method for now.

Select a simulator from the list of simulators and run the application. The application is as simple as it gets. It displays a single line of text in the center of the screen, Hello, world!. 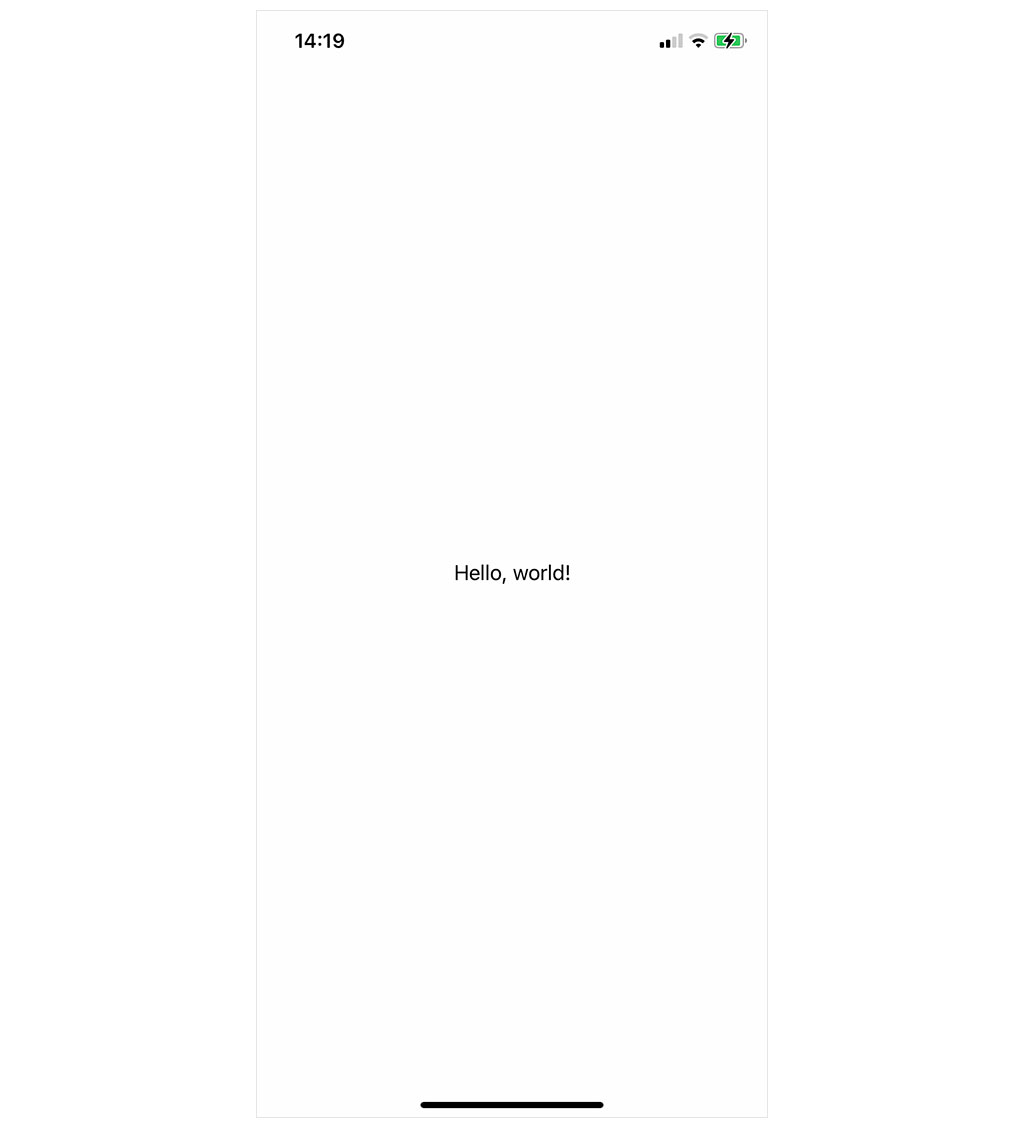 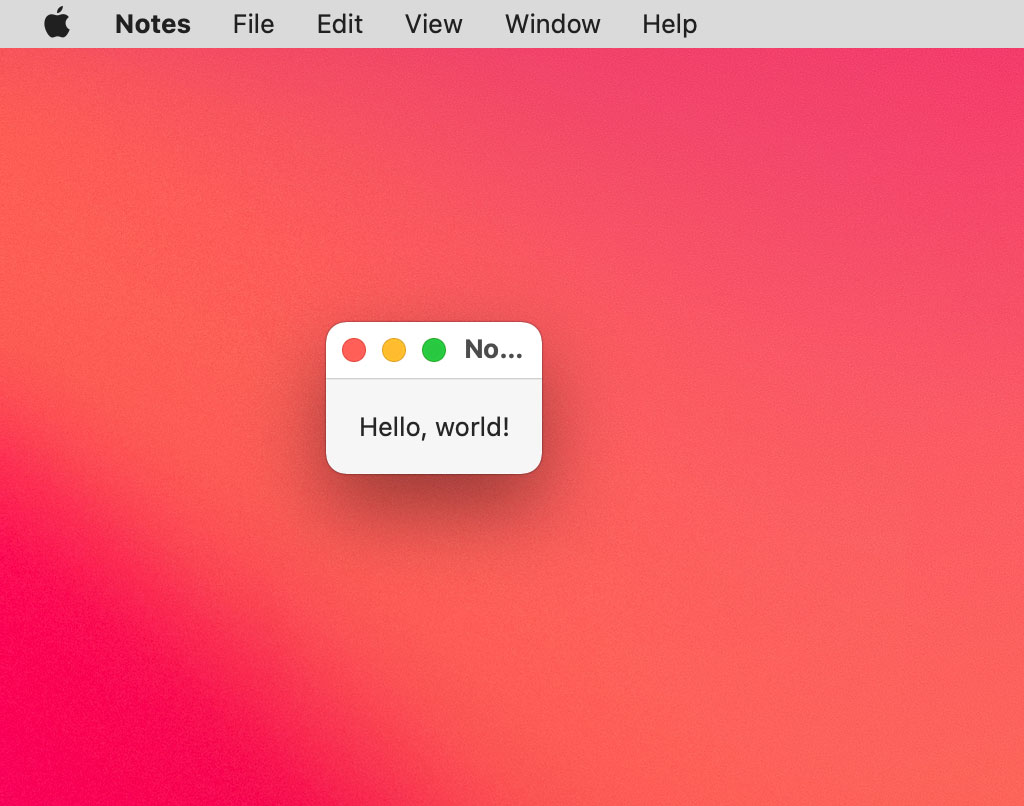 Before we move on, I want to revisit applications, scenes, and views. It is important that you understand how they work together. Let's start with views.

A scene groups one or more views. It is the container for a view hierarchy. Revisit NotesApp.swift. WindowGroup conforms to the Scene protocol. The closure that is passed to the initializer of WindowGroup returns the view hierarchy it manages. Each scene has its own state. Take Safari on macOS as an example. Each tab or window of Safari is a scene and each scene has its own state.

If you want to learn more about scenes and scene-based applications, I recommend taking a look at Understanding Scene-Based Applications. That series covers the topic in more detail.

We haven't written a single line of code and yet we have an application that runs on iOS, macOS, and iPadOS. The building blocks you use to build your application's user interface are the same, regardless of the platform you are targeting. This saves time and it results in a consistent user experience across platforms. In the next episode, we take a close look at views, the fundamental building block of a SwiftUI application.

Next Episode "What Is a View"