The tips, tricks, and best practices discussed in this series are proven recipes for building a robust Core Data application. But I didn't come up with these on my own. Over the years, I have learned a lot from what Apple teaches developers at WWDC and I also picked up many insights from several veteran Core Data developers, such as Marcus Zara.

I recently wrote about the new Core Data template that ships with Xcode. The template makes use of the brand new NSPersistentContainer class, which is available in iOS 10+, tvOS 10+, macOS 10.12+, and watchOS 3+.

I'm sure you know about the Use Core Data checkbox Xcode provides during project setup and you probably know a library or two that helps you with Core Data. But how do you create a Core Data stack from scratch? How do you make sure you can safely access managed objects from different threads? How do you make sure the user interface doesn't freeze when you save changes to disk?

These questions, and many more, get a proper answer in this series. In the first installment of this series, we start by taking a look at some improvements we can make to the default Core Data stack Xcode gives us when we check the Use Core Data checkbox.

Why Bring Your Own

Not only is Xcode's implementation less than ideal, the application delegate isn't the best place to set up the Core Data stack of your application. I recommend to take a few minutes and create a separate class that manages your application's Core Data stack. It makes everything related to Core Data easier to manage, more reusable, and, last but certainly not least, more testable. There are no compelling downsides to building your own solution.

The template Xcode provides you with has been updated for Swift and the concurrency API that was introduced several years ago. That said, the template still invokes the abort() function if the persistent store coordinator fails to add a persistent store. You would be surprised by the number of projects I have seen that ship with this implementation despite Apple's warning that this should not be used in production.

In this episode, I want to lay the foundation for building a robust Core Data stack. Open Xcode and create a new project based on the Single View App template in the iOS > Application section. Set Language to Swift and make sure Use Core Data is unchecked. 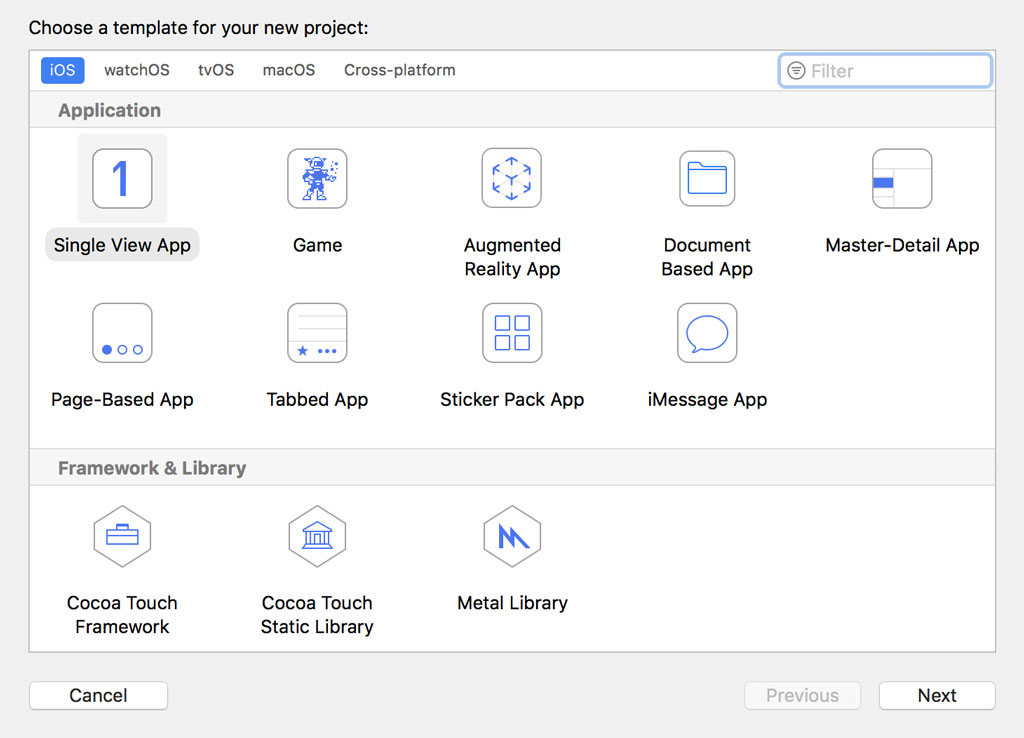 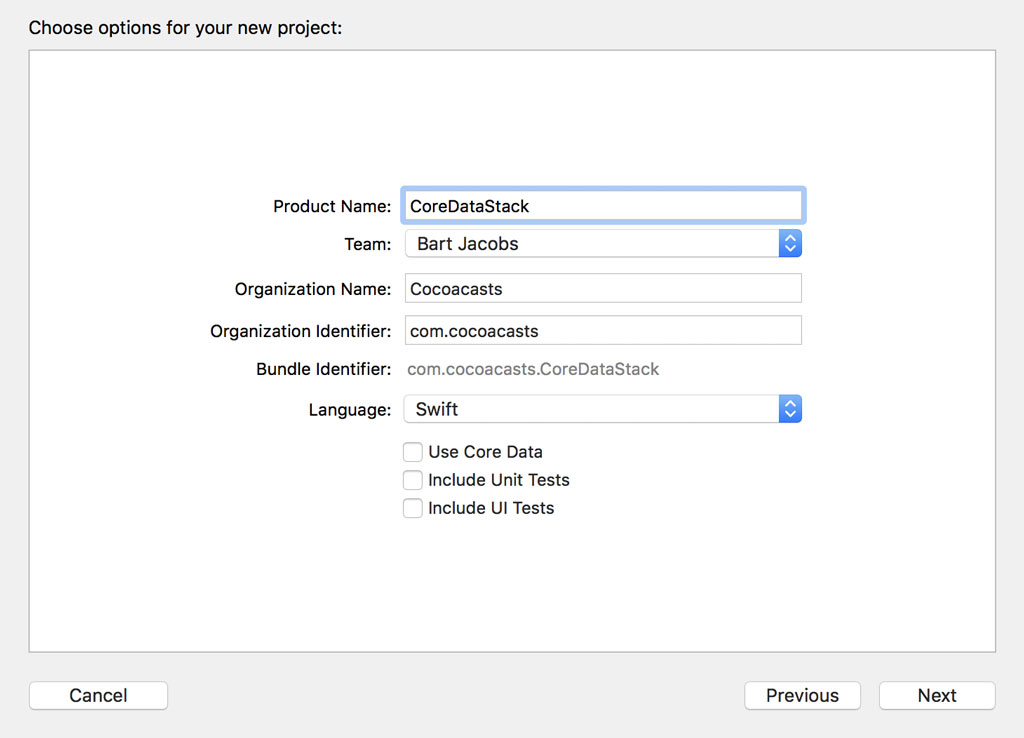 Before we create the class that manages the Core Data stack, we need to create a data model we can work with. Create a new data model by choosing the Data Model template from the iOS > Core Data section. 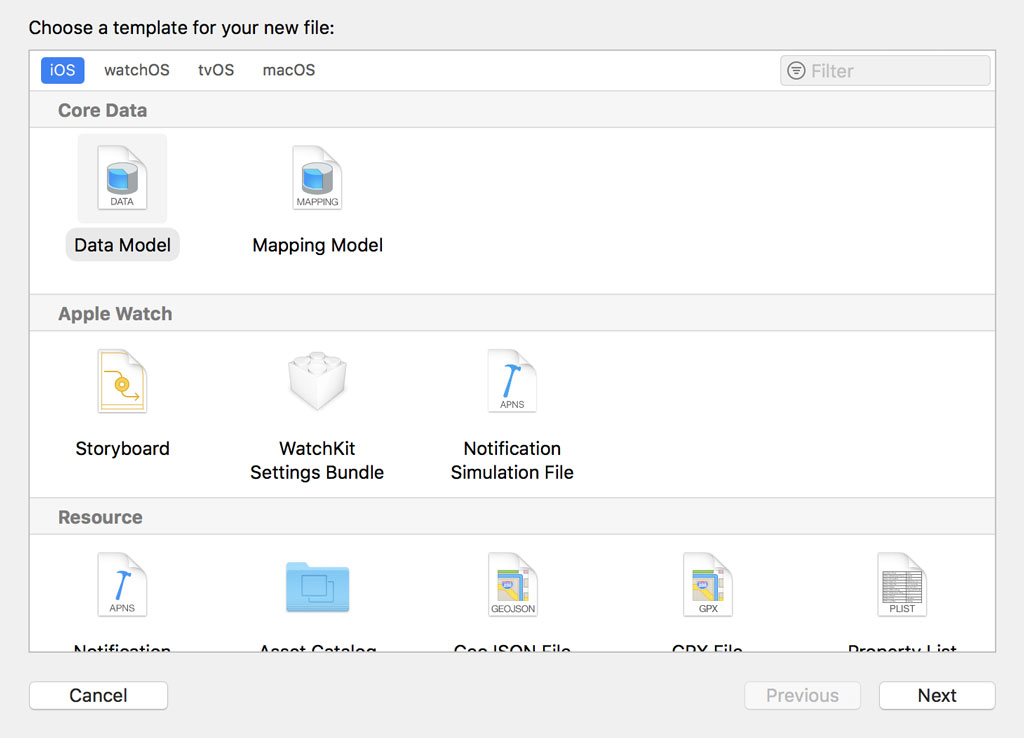 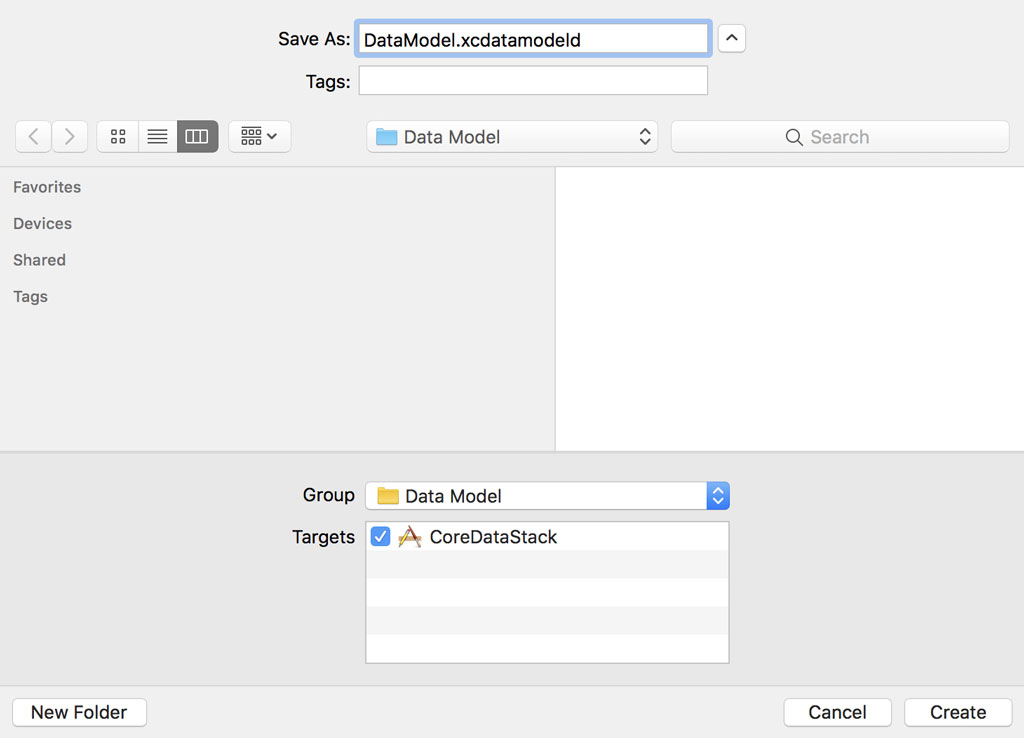 It doesn't matter how you name the class that manages the Core Data stack. I usually stick with CoreDataManager. Create a new Swift file and name it CoreDataManager.swift. 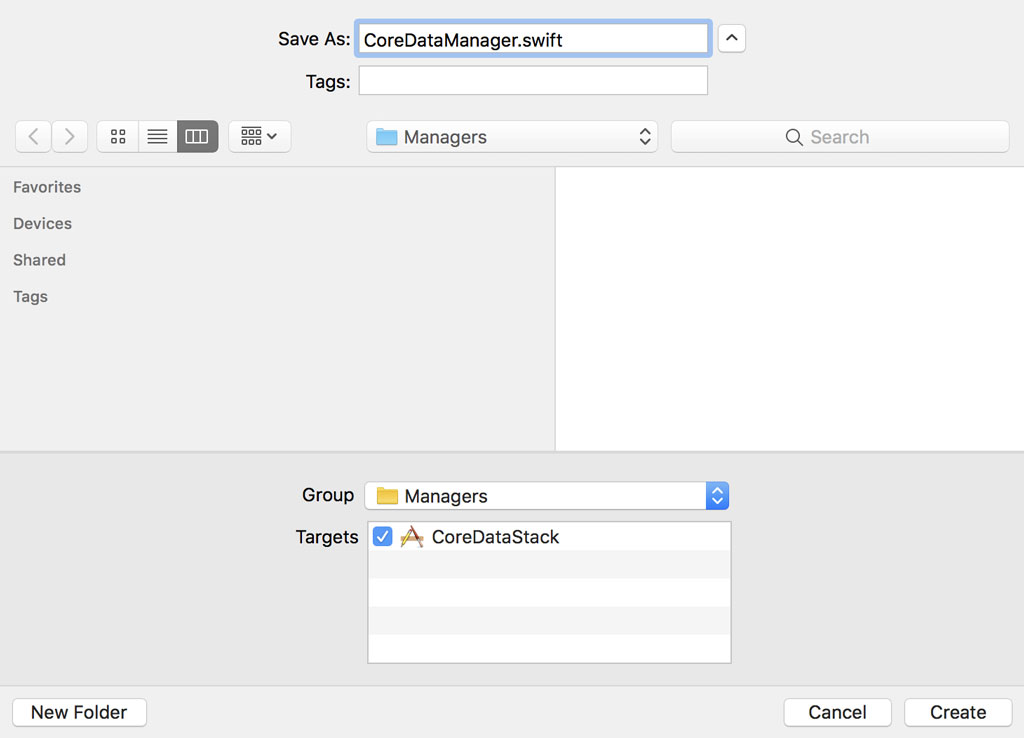 Start by adding an import statement for the Core Data framework at the top and create the CoreDataManager class.

I'd like to add a little bit of flexibility to the CoreDataManager class by passing it the name of the data model during initialization. This makes the class more reusable. Declare a constant property, modelName, of type String. The designated initializer of the CoreDataManager class is straightforward. It accept one argument of type String, the name of the data model.

Open AppDelegate.swift and create a private, constant property, coreDataManager, of type CoreDataManager. We've already gained an advantage by creating a separate class that manages the Core Data stack. We could, for example, create an instance of the CoreDataManager class in a root view controller instead of the application delegate. That's a good start.

Setting Up the Core Data Stack

You probably know that every Core Data stack is composed of three building blocks:

If you'd like to learn more about the Core Data stack, I recommend reading or watching Exploring the Core Data Stack in which I discuss each of these building blocks in more detail.

To set up the Core Data stack, we start with the managed object model. We define a private, lazy, variable property, managedObjectModel, of type NSManagedObjectModel. Notice that I make ample use of guard statement and fatal errors. The initialization of the managed object model should never fail. If the initialization fails, then we have bigger problems to worry about.

Notice that we pass a dictionary of options as the last argument of addPersistentStore(ofType:configurationName:at:options:) to instruct Core Data to perform pending migrations and infer the mapping model for migrations. If adding the persistent store fails, we log any errors to the console. We implement more robust error handling later in this series.

Last but not least, we create the managed object context. While the implementation isn't difficult, there are a few details worth pointing out.

Revisit the application delegate and update the print statement in application(_:didFinishLaunchingWithOptions:) as shown below. Run the application one more time to verify that everything is working.

We've made a good start by implementing the CoreDataManager class. In the next episode of this series, we revisit the managed object context.

Download Your Free Copy
Next Episode "Two Is Better Than One"