Earlier in this series, you learned what Core Data is and isn't. This episode zooms in on the building blocks of the Core Data framework.

It's key that you understand how the various classes that make Core Data tick play together. The star players of the Core Data framework are:

This diagram shows how these classes relate to one another. We'll use this diagram as a guideline in this episode. 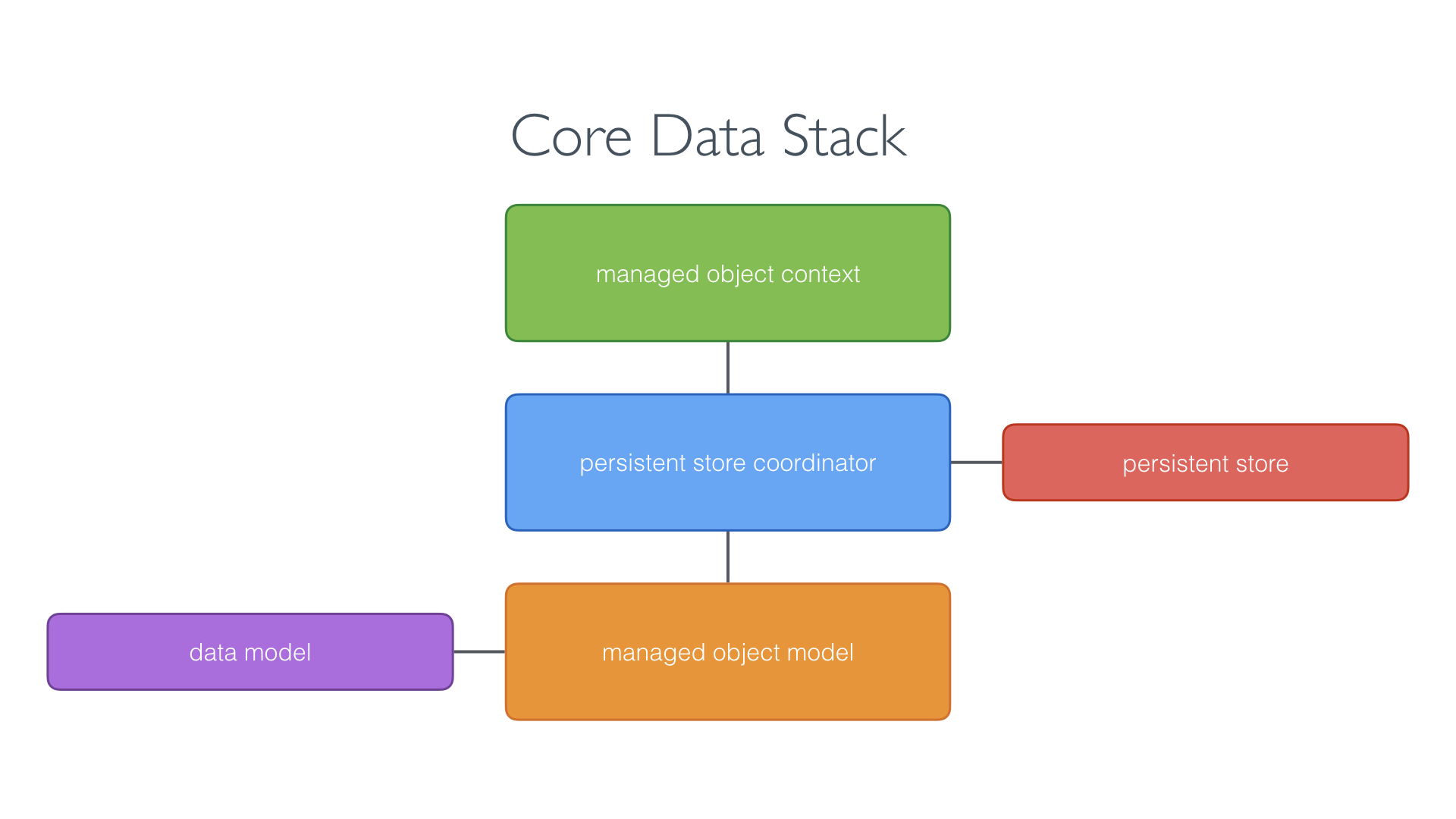 This diagram shows that the managed object model is connected to the data model. The data model is represented by a file in the application bundle that contains the data schema of the application. This is something we revisit later in this series when we start working with Core Data. 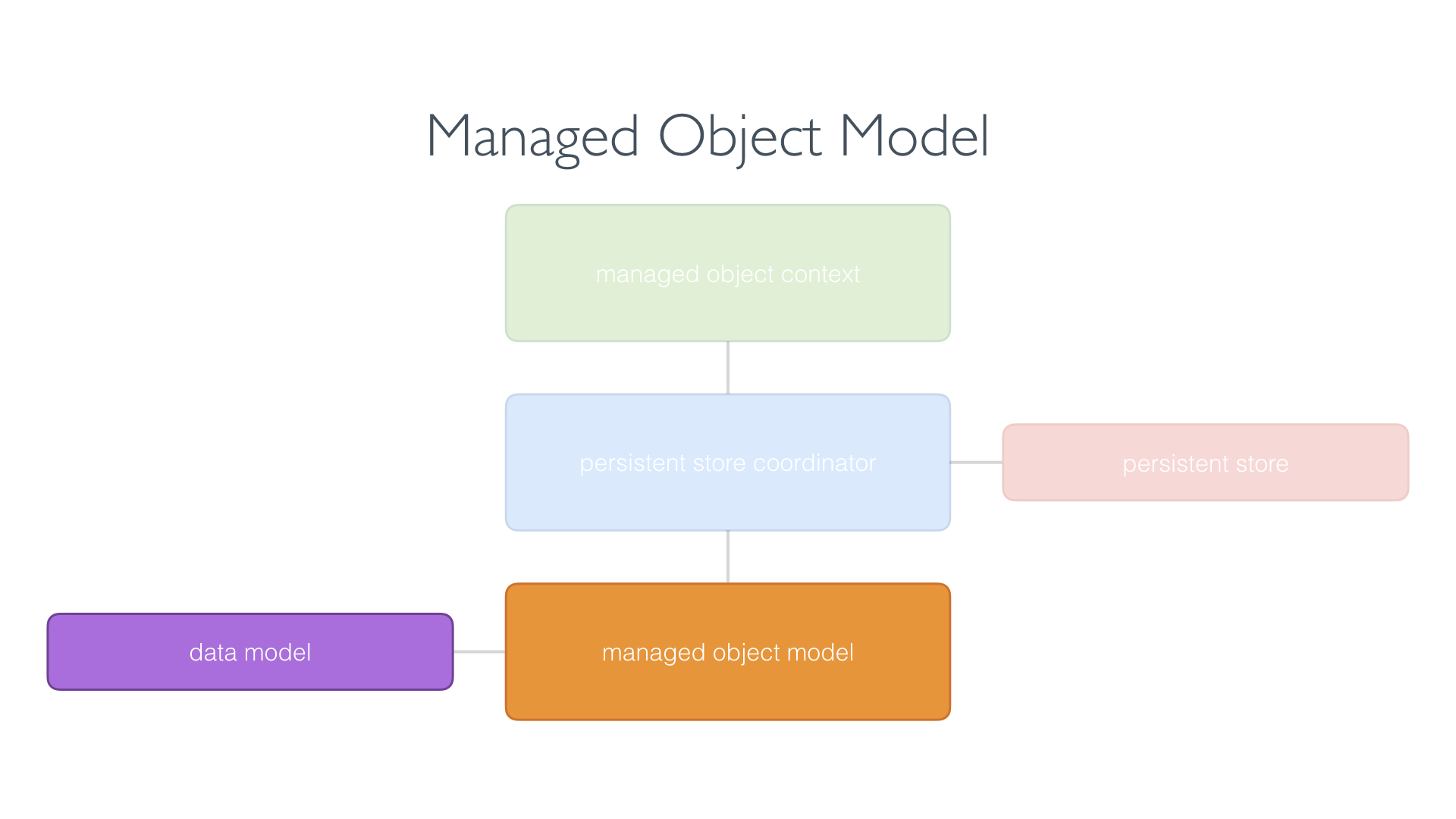 The data schema is nothing more than a collection of entities. An entity can have attributes and relationships, which make up the data model of the application.

We explore the data model in more detail later. For now, remember that the managed object model is an instance of the NSManagedObjectModel class and that it represents the data model of the Core Data application. 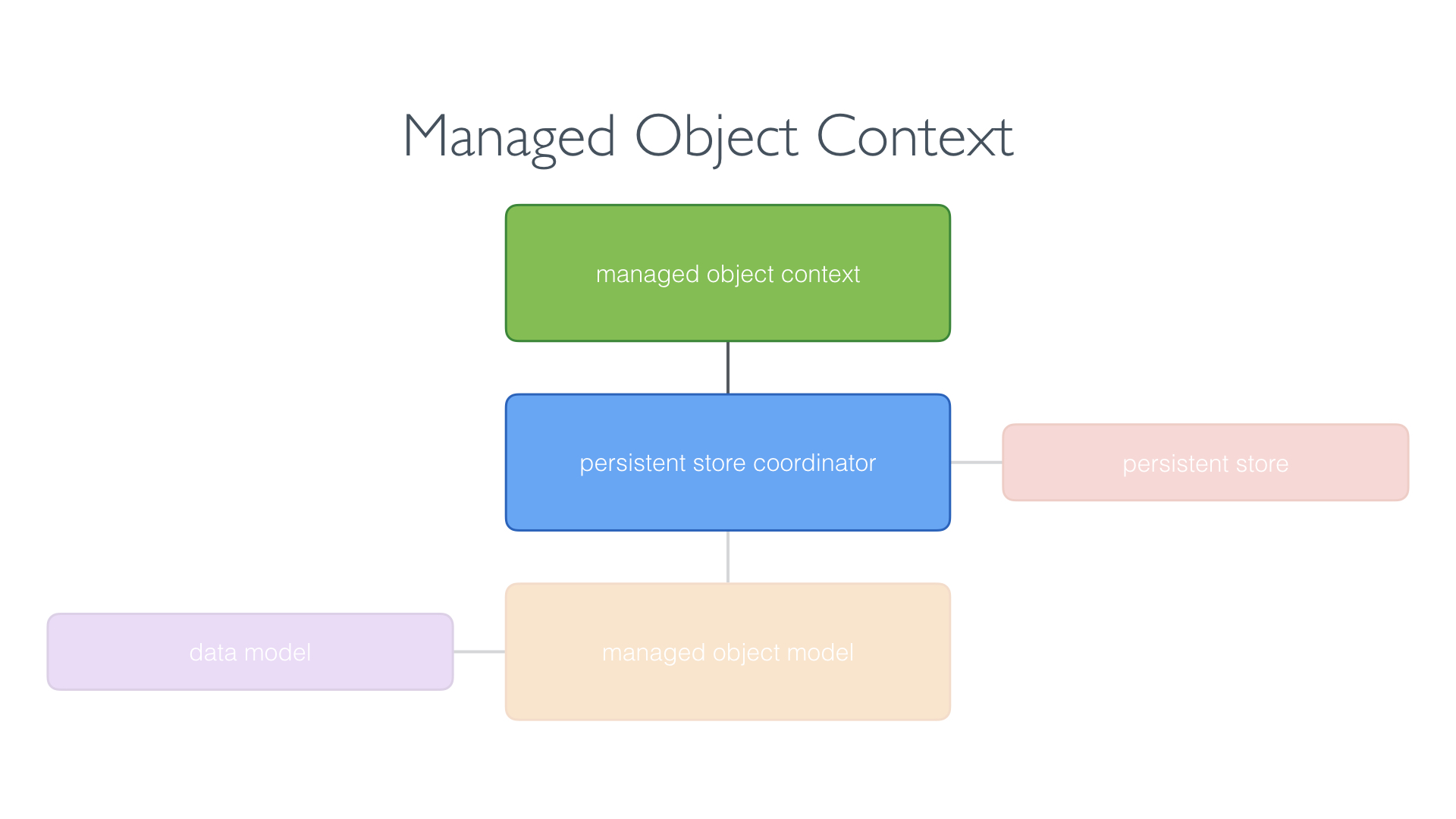 The managed object context is the object you interact with most. It creates, reads, updates, and deletes model objects. From a developer's perspective, the NSManagedObjectContext class is the workhorse of the Core Data framework.

The persistent store coordinator is represented by an instance of the NSPersistentStoreCoordinator class and it plays a key role in every Core Data application. 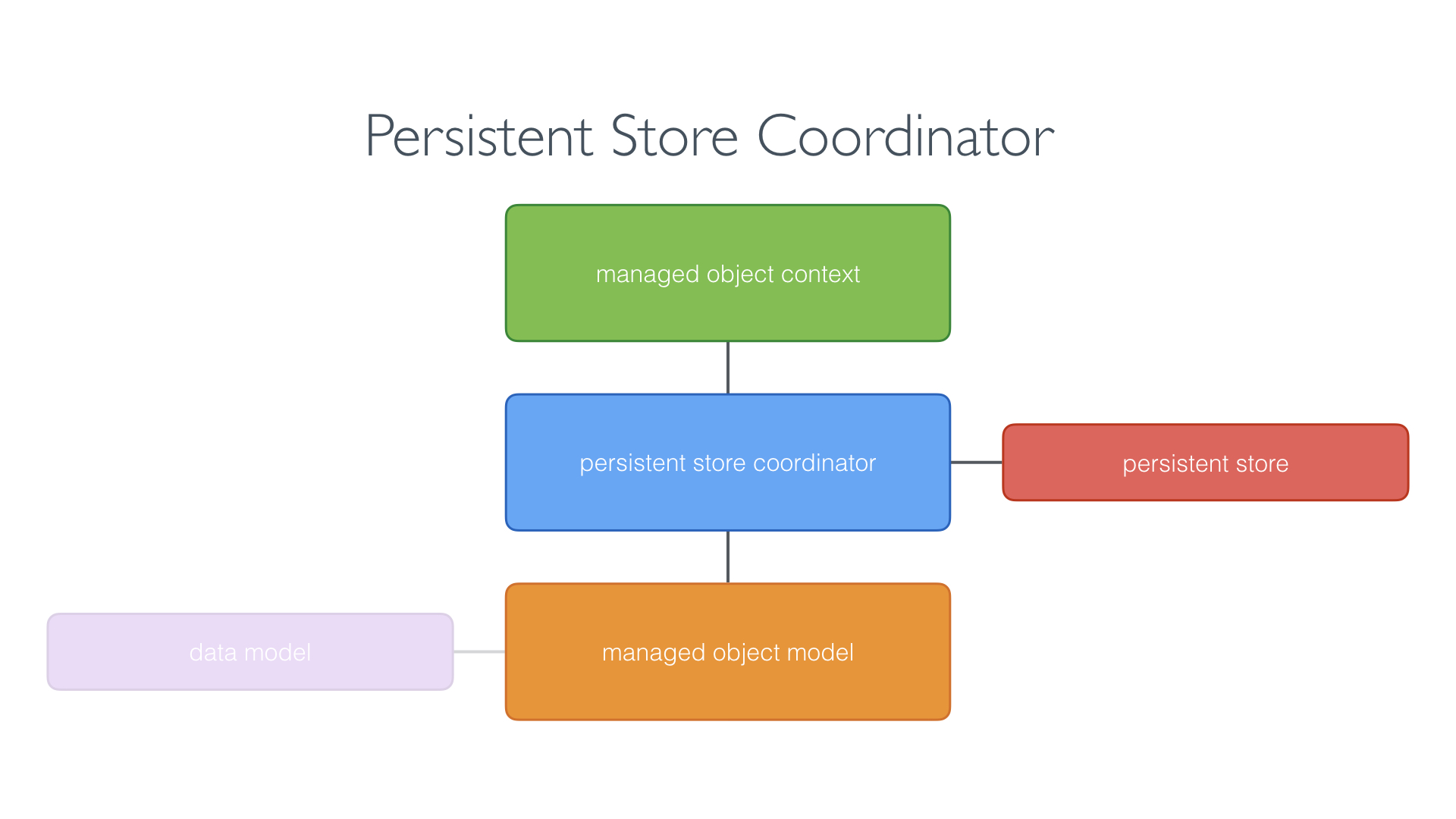 Now that we know what the Core Data stack consists of, it's time to explore how it operates in an application.

How Does Core Data Work 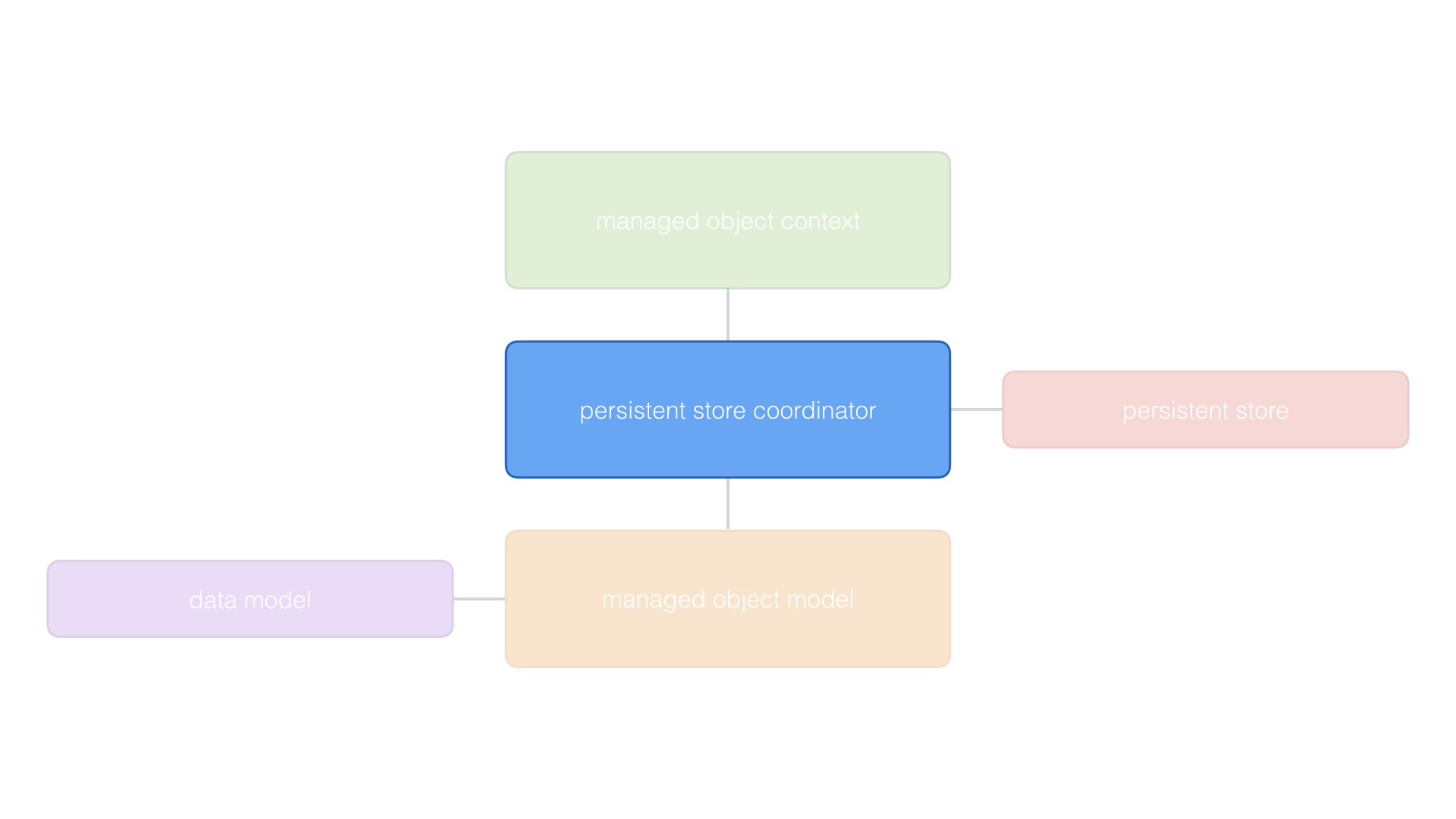 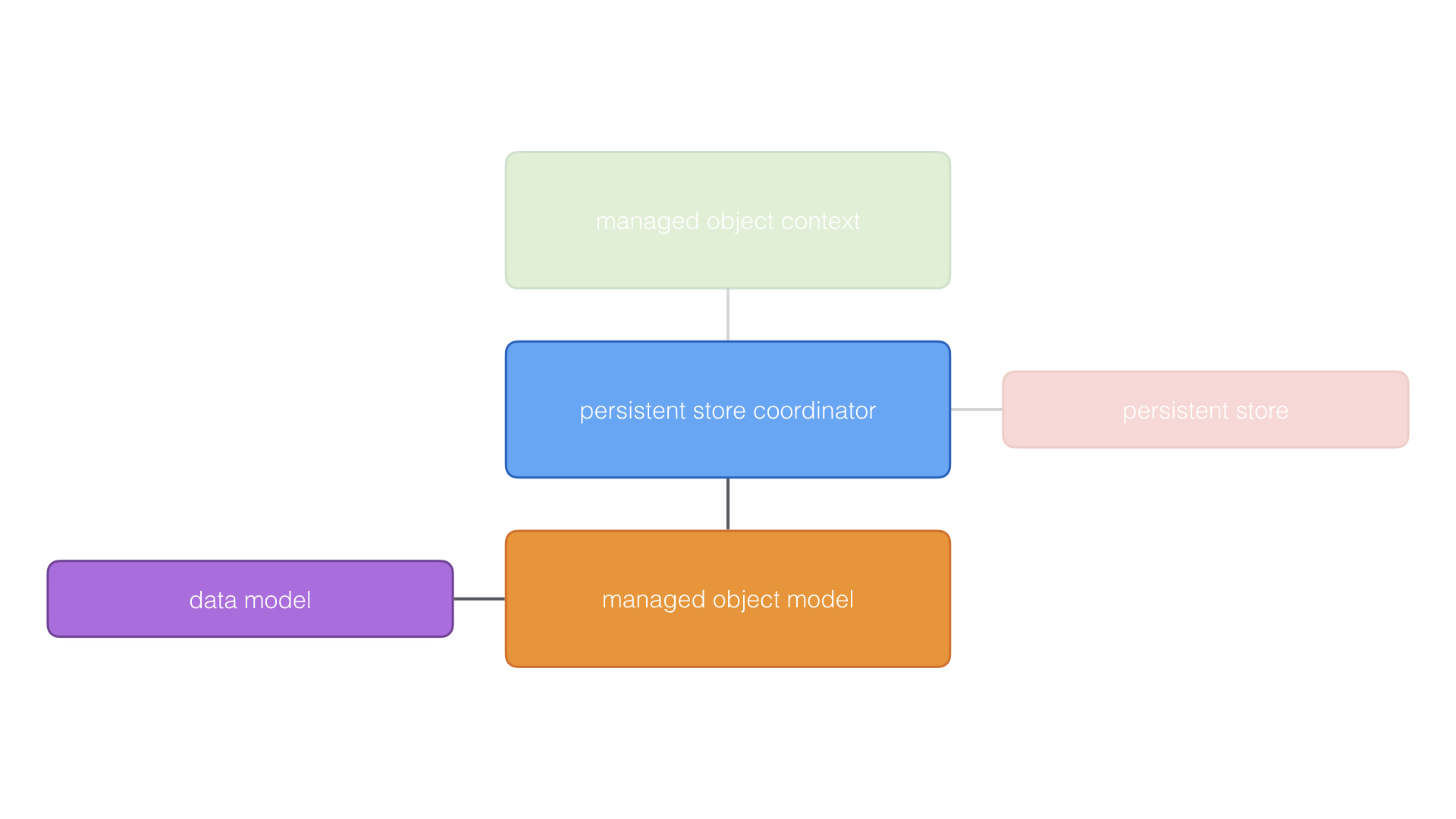 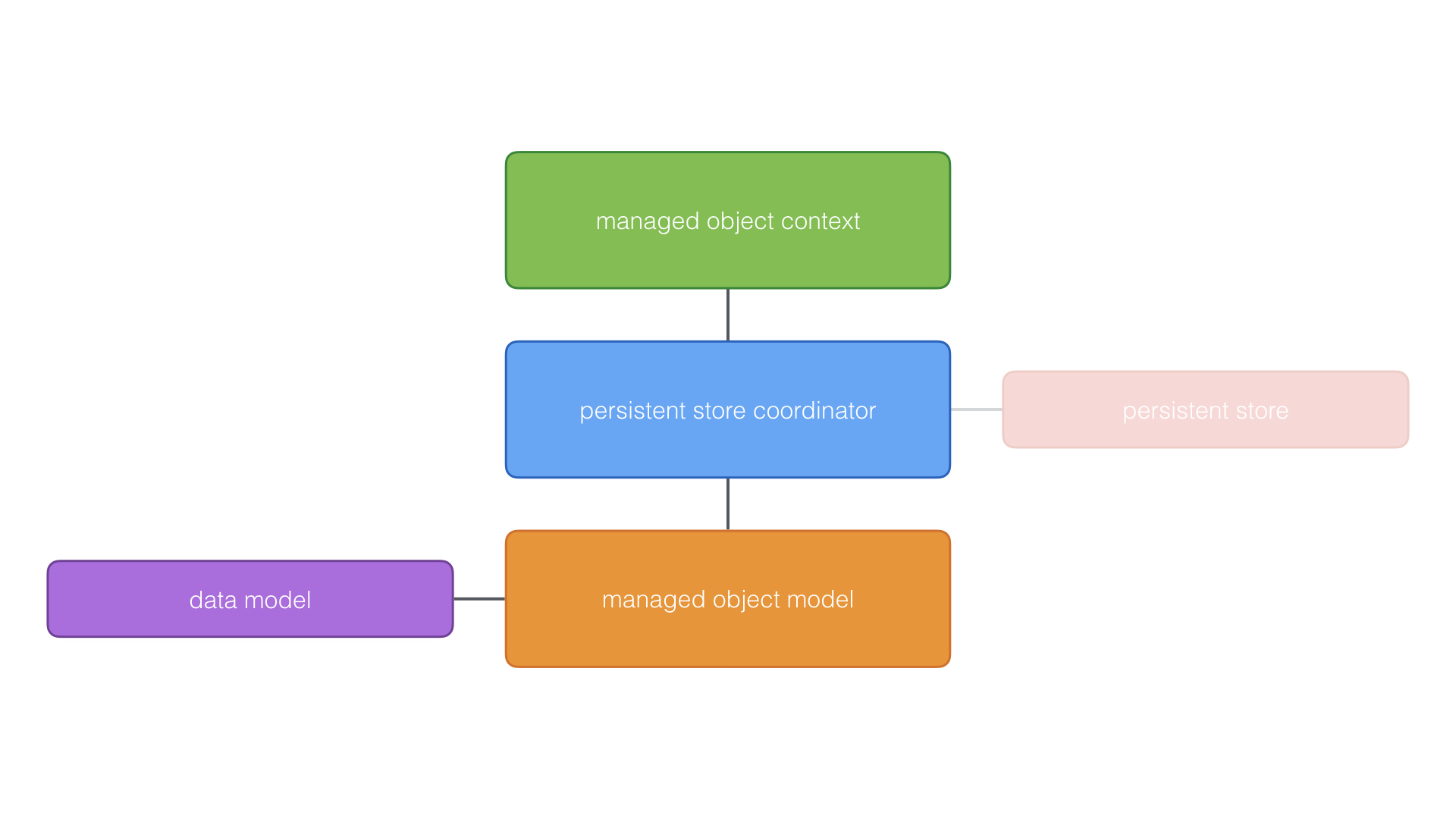 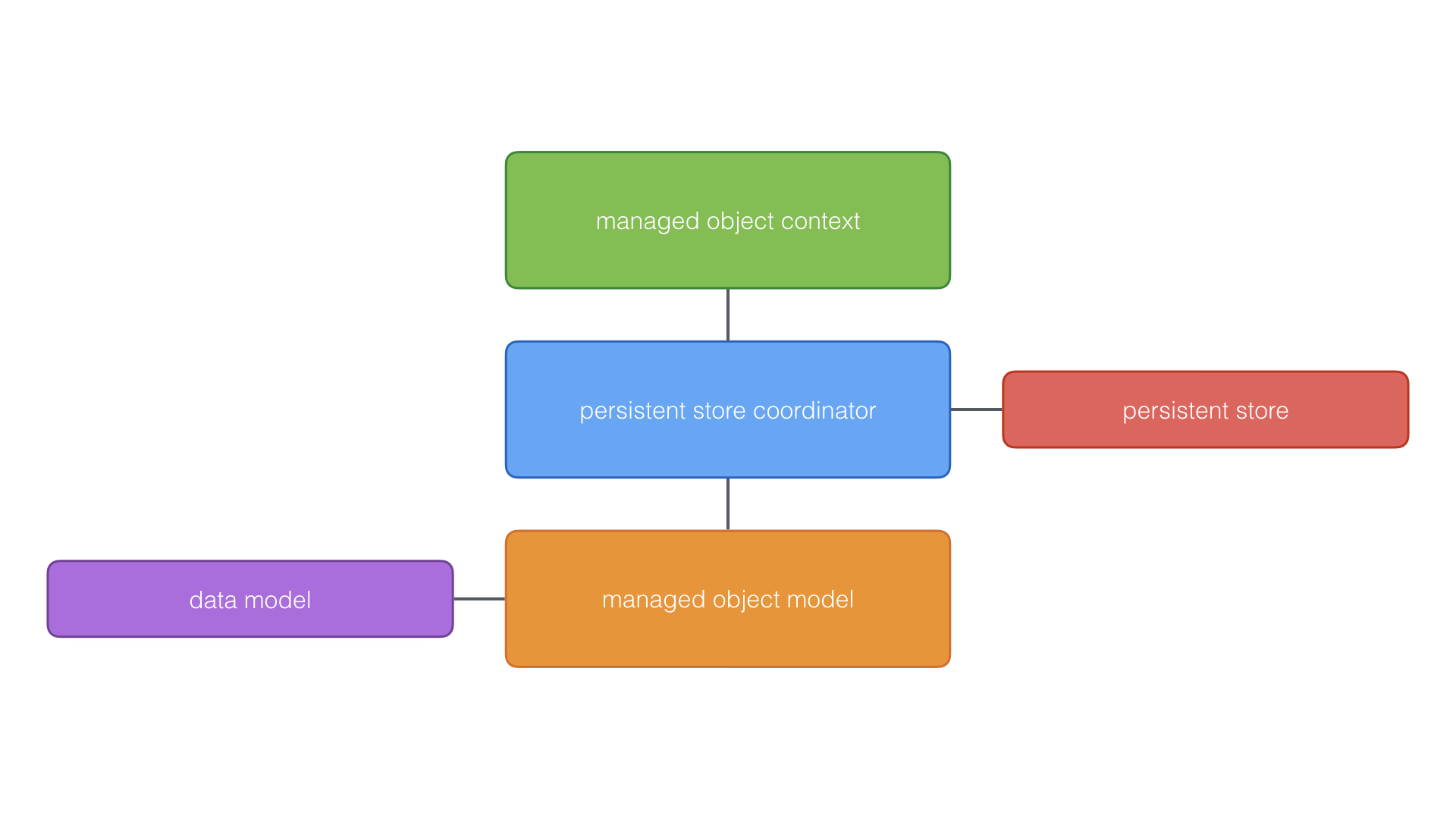 You will rarely, if ever, directly interact with the persistent store coordinator or the managed object model. As I mentioned earlier, the NSManagedObjectContext class is the class you interact with most frequently. 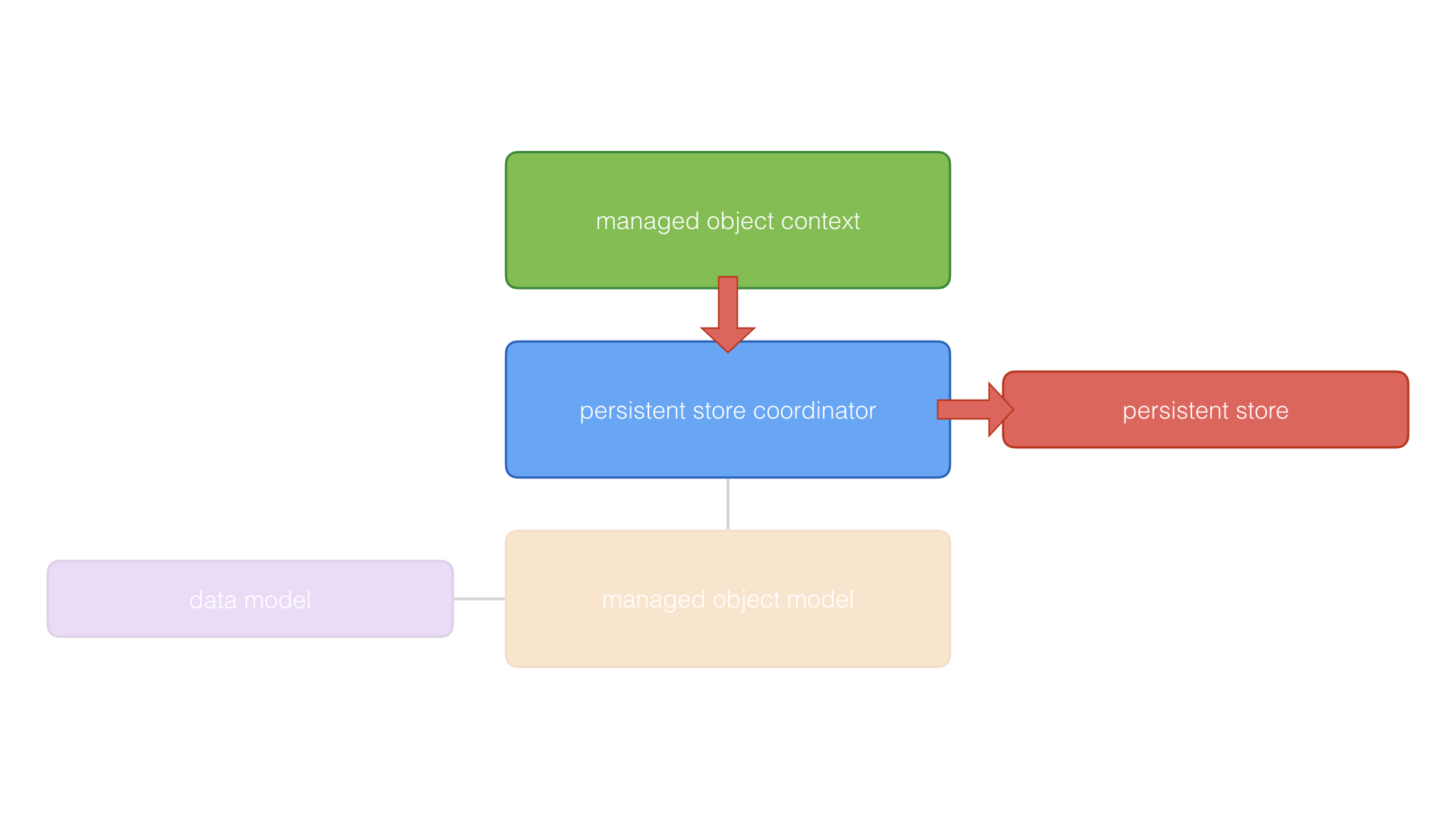 People often ask me why I don't show them how to use the new NSPersistentContainer class. Why do I show you how to manually set up a Core Data stack?

The NSPersistentContainer class is a wonderful addition to the framework. It encapsulates the nitty-gritty details of setting up and managing a Core Data stack. While that is nice, it doesn't mean you don't need to know how the Core Data stack does its work under the hood.

By setting up a Core Data stack from scratch, which isn't rocket science, you learn everything you need to know about Core Data to correctly use the NSPersistentContainer class. It also prepares you for some of the problems you face down the road.

In short, learn the isn and outs of the framework first and then decide if you want to use the NSPersistentContainer class in your projects.

You now know what Core Data is and how the Core Data stack is set up. It's time to write code. In the next episodes, we create a Core Data stack and explore the classes we discussed in this episode.

Next Episode "Creating the Project"